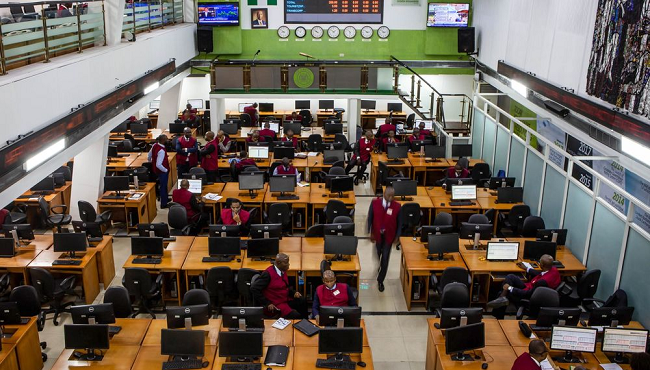 At the end of trading this week, investors invested N8.650 billion in the capital market to acquire 1.338 billion shares in 19,830 deals.

Top three NGX sectors
In the weekly report released by the Nigerian Exchange Group (NGX), it was confirmed that the Financial Services Industry, The Conglomerate Industry and the Consumer Goods were the top three performing sectors at the capital market by measure of volume.

The Financial Industry topped the list with 615.594 million shares, traded in 9,021 deals, and valued at N4.188 billion, hence, accounting for 45.99 percent and 48.42 percent of total equity turnover volume and value respectively.

Best three equities of the week
During the week under review, Transnational Corporation of Nigeria (Transcorp) Plc, Honeywell Flour Mill Plc and Access Bank Plc turned out to be the top three equities.

Transcorp, Honeywell Flour and Access Bank Plc were selected based no volume of measured, accounting for 450.570 million shares worth N1.492 billion in 3,696 deals.

Skyway Aviation stock value was up by N0.35kobo as the share price ended the week with N4.05 per share against the N3.70kobo it opened with.

Presco closed the week with N79.50kobo per share, gaining N6.50kobo to move above its opening of N73 per share.

Cornerstone Insurance was part of the gainers list as its stock price rose by 7.55 percent to move from its opening of N0.53kobo to end the week with N0.57kobo per share.

AIICO Insurance appreciated by 5.10 percent during the week as its share price rose to N1.03 per share against the N0.98kobo that it started this week with.

Top five NGX losers of the week
Oando topped the losers list following a loss of 15.21 percent, which reduced its stock value to N4.07 at the end of trading, from N4.80kobo.

Mutual Benefit share price dropped to N0.28kobo by end of trade this week, having depreciated by 12.50 percent from its opening share price of N0.32kobo.

Unity Bank share value also fell during the week, losing 10 percent from its opening stock price of N0.60kobo, to end trading with N0.54kobo per share.