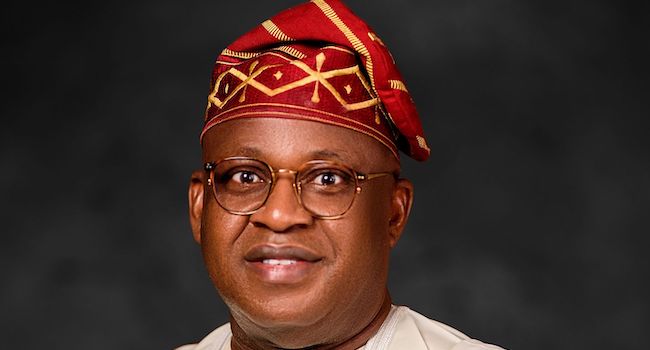 National Vice Chairman South-South of the Peoples Democratic Party (PDP) Chief Dan Orbih, has called on the Central Bank of Nigeria (CBN) to explain the economics behind its printing of N60 billion to pay statutory allocations to state governments.

He further stated that instead of addressing Nigerians and telling them the truth, the CBN governor, Godwin Emefiele had resorted to criticisms against the governor of Edo State, Godwin Obaseki who had told the nation about the printing of the money.

Orbih spoke on Monday in Benin, the Edo State capital when he played host to some youths from across the country who came to solicit for his support for youth to lead in the highest position in the country.

According to him, the outbursts and criticisms on the Edo governor by Emefiele we’re politically motivated.

He said, “I will like to use this opportunity to say something about the recent outburst of the Governor of the Central Bank of Nigeria, over the sad revelations by the Edo governor that the Federal Government printed over N60 billion to be able to make up the money required to pay their statutory allocations to the various tiers of government.

“To me, the outburst was political. I will like to condemn the CBN governor’s remarks because he said so much without convincing Nigerians about the economics to make the decision to print over N60 billion to meet the statutory allocations”, he said.

He noted that the revelations by Obaseki was a clear attestation that all was not well with the nation’s economy and that if drastic measures were not taken to address the current situation, it might be worse than what happened in Uganda.

“To me, that was a public admission that all is not well with our economy.

“We need the youth to come up with ideas and programs that will help this government come out of their mess because the revelations by Godwin Obaseki is a sad reminder of what happened in Uganda under former President Idi Amin.

He also noted that the CBN governor took on the Edo governor because of the enormous power vested on him.

“I think it is time for us as a country to make it very clear that whoever assumes the office of CBN governor should have his loyalty to the people of our country and not the government.

READ ALSO: ‘Obaseki was in APC. He understands them,’ Wike defends Edo gov on N60bn controversy

“That is why we must take it seriously this revelations by Godwin Obaseki.

“It is my prayer and hope that very soon the CBN must come out clearly to tell Nigerians that they have what it takes to bailout us out from this predicament”, he added.

He added that the shocking revelation by Obaseki was a bad omen to the international community, noting that it signifies the country as not safe and viable for businesses and investment.

“His submission that we are in a very serious financial mess was a loud message even to foreign investors that Nigeria is a-no-go-area as far as investment is concerned.

“You can not send that type of message and at the same time you want to bully those who are genuinely concerned about what is happening in our country today by threatening and asking states that borrowed money to pay up immediately”, he said.

Orbih also said that with greater and active youths participation in politics, he was optimistic that they would bring in their ideas, strength in terms of numbers, to give dimension to the politics of the country.

According to him, I want to identify with all that you have said today. First, we need greater participation of our youths in politics.

“I think the importance of your visit is that we all have a role to play, irrespective of political parties, to chart new course for our nation.

“And I can assure you that the message you brought to me today, I will take to the highest decision body of our party”.

The South South PDP leader further said that under the PDP, the party would accommodate the interest of youths and would encourage greater participation of youths in politics and government.

“You are in a very safe company. All you have said in respect of youths in politics. Today, in Nigeria, PDP is the only party that accommodate the interest of youths”, he said.

He assured the visitors led by Mr Adebo Ogundoyin, Speaker Oyo House of Assemby of his massive support in ensuring youth inclusiveness in the nation’s politics.

Earlier, Ogundoyin said they were in his house to congratulate him on his newly elected position as the National Vice Chairman of the PDP, South-South and to also pledge their loyalty and support in order for him to succeed in his task of moving the party forward.

Ogundoyin appealed to him to rally round the youths to ensure that their dreams of becoming the President, Vice President, Senate President and other top political positions in the country was realised.

He noted that the recent agitation of youths in the country, the #EndSARS could not be ignored any more.

This he said was because he believed the youths would unify the country.

“But we can’t achieve this without our voice been heard. So active participation of youths in politics was the way forward.

“So we are here to solicit for your support to achieve this by supporting the youths to lead the country in the highest position in the country”, he said.

Despite insecurity and hardship, APC scores Buhari high, says ‘no govt has done more for Nigerians’