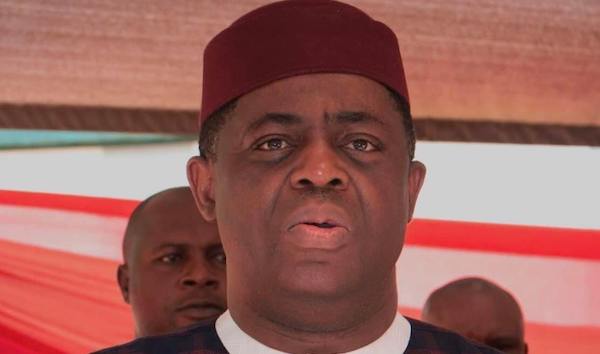 In the aftermath of the comments that trailed the recently published campaign council list of the ruling All Progressives Congress (APC), a chieftain of the party, Femi Fani-Kayode, has slammed members of the Peoples Democratic Party (PDP) for meddling with the affairs of the ruling party.

A spokesman to Atiku Abubakar, the presidential candidate of the opposition PDP, Daniel Bwala, in a tweet on Saturday, had claimed that Vice President Yemi Osinbajo and Secretary to the Government of the Federal, Boss Mustapha, opted out of the Tinubu/Shettima campaign council over its Muslim-Muslim ticket.

He accused the ruling All Progressives Congress (APC) of playing religious politics, commending the duo for their bold decisions.

The Minister of State for Labour and Employment, Festus Keyamo, who is also the spokesman of the organisation, however, said in a statement in Abuja that President Muhammadu Buhari asked the party to leave out Osinbajo and Mustapha from the council to enable the two men concentrate on governance.

Reacting to the claim via his verified Twitter handle on Sunday, Fani-Kayode said the opposition was crying more than the bereaved over the ruling party’s Muslim-Muslim ticket.

The former Aviation Minister described as ‘mentally troubled’ any PDP member claiming Osinbajo and Mustapha excused themselves from the council because of the ticket.

He knocked the opposition over its Christian-Christian ticket in Osun State, adding that members should pay attention to the crisis in their party.

“Anyone that suggests that Prof Osinbajo or Boss Mustaph rejected a place on the APC Presidential Campaign Council because of our Muslim/Muslim ticket needs to have his head examined. Why are these creatures from the Peoples Dunce Party so obsessed with our PCC?”, he said.

“They left Bode George, Segun Mimiko & many others from the Wike camp out of their PCC because these men had the courage & decency to the reject the proposition of another 8 years of Fulani rule after Pres. Buhari which would endanger the peace and unity of our country.

“Yet instead of honoring them their party of slaves & slave masters seek to punish them for their noble stand & insist on having their presidential candidate, their National Chairman and the DG of their PCC ALL from the North even though this violates their party constitution & the strictures of justice, decency, equity & morality.

“What type of madness is this? Is this the party that Obasanjo, Umar Musa Yar’adua & Goodluck Ebele Jonathan led? What a pity! What a tragedy! If these PDP creatures do not stop this nonsense even the Obidients will defeat them & push them into 3rd place in the presidential election. We do not zone political offices on the basis of religion, we zone them on the basis of region zone & political expediency.

“That is why the PDP fielded a Christian/Christian ticket in Osun state & won the Governorship election even though the state has a 50% Muslim population and no-one complained. Why should the leaders of PDP be so concerned about our Muslim/Muslim ticket when their party fielded a Christian/Christian one in Osun? What is good for the goose is surely good for the gander!

“This issue is a matter of choice. Someone tell these misfits of the Peoples Dunce Party & their accursed leaders to stop obsessing & whining about our same faith ticket & the compostion of our PCC and instead meet us in the field. They should stop talking crap and crying more than the bereaved and let the people decide. That is what you call democracy.”