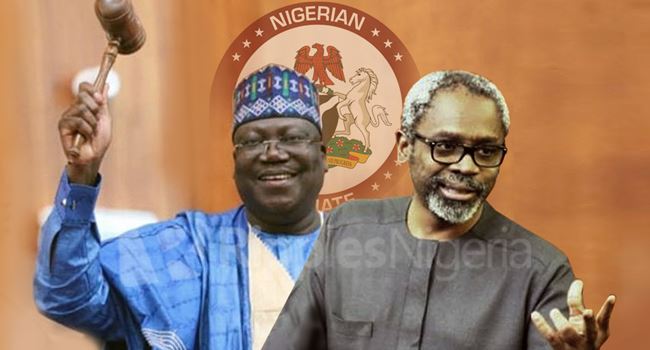 On June 11, 2019, the 9th National Assembly was inaugurated. Former Senate Leader, Ahmed Lawan, who is representing Yobe North Senatorial District, of Yobe State got elected as the Senate President while Femi Gbajabiamila, who is representing Surulere Federal Constituency, of Lagos State, emerged as the Speaker, House of Representatives.

Following the varied flaws and shortcomings of the immediate past 8th assembly, such as allegation of budget padding, unnecessary problems with the executive, prolonged debate on budget bills among others, a great number of Nigerians were not impressed with what turned out to be the performance of the lawmakers then.

The new Senate President, Lawan, on June 14, 2019, expressed his dissatisfaction with the performance of the 8th assembly. “I am sure we did not perform to our capacity as a National Assembly in the last National Assembly,” he said.

The eyes of Nigerians, therefore, are intensely set on what the newly inaugurated 469 lawmakers, as elected on different political parties, in the February 23, 2019 National Assembly elections, and the subsequent supplementary elections, would do within their four-year term at the hallowed chambers.

John Chukwu of Ripples Nigeria examines 8 things the new lawmakers must do if they are to leave a lasting impression on Nigerians.

The leadership of the National Assembly, led by Lawan and Gbajabiamila should set the motion for cutting the high amount of salary lawmakers take home. In 2018, immediate past Senator of Kaduna Central District of Kaduna State, Shehu Sani declared that each Senator receives a monthly N13.5 million as running cost while this does not include a N700, 000 monthly consolidated salary and allowances they receive.

In 2018, a report by Brookings Institution, noted that Nigeria had the highest number of extremely poor people. If lawmakers cut down their salaries, same could be channeled to other developmental programmes, especially education, skill acquisition and cottage industries to help reduce the high rate of unemployment.

In expression of the dissatisfaction that has engulfed Nigeria over the jumbo pay of lawmakers, on May 14, 2019, former governor of Kaduna State, Alhaji Balarabe Musa called on Nigerians to wage war against members of the 9th National Assembly and demand they cut their salaries and allowances. Many States are finding it difficult to pay salaries, and many have almost become insolvent. Yet, a few lawmakers are clearly feeding fat on the people and the country.

2. Away with junks as constituency projects

The growing culture of ‘empowering’ youths with tea kettles, wheel barrows, shoe polishing kits, among others, must be seen for what it is…a dishonest and thoughtless initiative to keep the youths perpetually underdeveloped and dependent on a colony of political jesters masquerading as leaders.

Lawmakers must become forward thinking in their orientation and come to terms with the changing times with its great focus on using technology to solve problems. Because today’s world is largely driven by ideas, the expectations are that everything necessary must be done to engender a knowledge-driven economy. What happened to empowering youths with specialized skills that can, in turn, make them become employers of labour.

3. No to absentee and idle lawmakers

Reports and pictures of lawmakers in the 8th assembly who spent their time sleeping while legislative business was going on abound. While some snoozed away legislative hours and pocketed huge sums in return, many on several occasions either stayed away from work or had no bills to show for the few times they put up appearances.

When lawmakers find pleasure in sleeping on duty, one can only imagine their quality of contribution to debates or active representation on behalf of the people in their constituencies who voted them into the assembly.

The 9th Assembly must get ready for a Hall of Shame in honour of their members who might want to take Nigerians on another joke ride.

The presidential system of government, everyone seems to agree, has become a huge drain on the nation’s prostrate economy. Nigeria, truth be told, can no longer afford a bloated National Assembly where its legislators are at liberty to stroll in and out, and when convenient for them, sleep through house sessions.

For the love of country, members of the 9th Assembly must show outright willingness to reawaken the conversation, and ultimately, rework our governance system with part time lawmaking considered a cheaper and sustainable option in the face of our economic realities

The report that the newly inaugurated lawmakers are to receive N4.68 billion as welcome package should make any stomach churn in discomfort. According to reports, the money is meant to help lawmakers sort out accommodation and furniture issues. However, investigations have revealed that each Senator will receive N40.5 million for three months as overhead allowance, with each member of the House of Representatives receiving N30m for the same purpose.

Would it amount to asking for too much if lawmakers are persuaded to sacrifice, at least, 50% of this money towards the execution of development projects that could help lift the country from its horrible rankings of human development index?

6. Say no to corruption

To say that the 8th National Assembly was thoroughly stewed in corrupt practices is putting it mildly. Many a time, there were loads of allegations of how officials of Ministries, Departments and Agencies (MDAs) were said to have been pressured to part with budgetary allocations if they desired positive grades from Committee members of the legislative arm of government.

A recent incident involved accusations by the Director-General of NAFDAC alleging that she had been pressured by a committee of the House of Representatives to part with her agency’s resources in order to secure certain budgetary approvals.

The 9th assembly must, therefore, endeavour to impress Nigerians by pushing for total transparency and integrity in the discharge of its legislative and oversight duties. It would be interesting to observe, in particular, how the evil of budget padding would be treated in this season.

The 8th Assembly prides itself as one that has produced the highest number of bills sent to the President for assent.

Surpassing the record of the immediate past assembly in the areas of productive laws must, therefore, rank high in the goals the 9th Assembly sets for itself. Nigerians expect that a number bills which went comatose but considered of great importance to Nigerians, must be resuscitated.

On this score, 9th Assembly must consider for quick review the Petroleum Industry Governance Bill (PIGB) and The Electoral Act (Amendment) Bill 2018, to which President Buhari had declined assent.

The 9th assembly bears the hopes of Nigerians in different areas, and the last the citizens wish for is a rubber-stamp legislature. The country needs a vibrant assembly that would tackle its challenges headlong, working effectively with the executive arm of the government.

Nigerians, therefore, expect the pursuit of national interest to be the dominant driver as lawmakers conduct checks and balances on the executive arm of government.