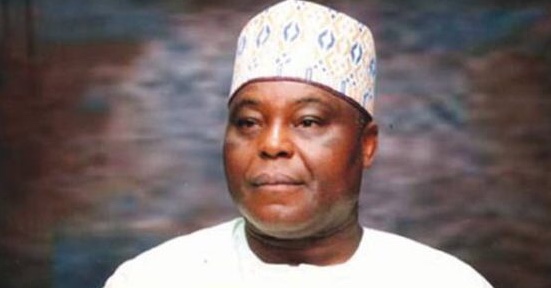 President Muhammadu Buhari has been called upon to stop the use of security agencies, especially the Economic and Financial Crimes Commission (EFCC), to “witch-hunt” members of the opposition.

Making particular reference to the ordeal being face by Chief Raymond Dokpesi, founder of DAAR Communications, owners of African Independent Television (AIT) and RayPower FM, the Human Rights Writers Association of Nigeria (HURIWA) has called on Nigerian’s to resist all forms of tyranny.

The group also condemned the demolishing of some structures within the premises of AIT, Abuja officials of the Federal Capital Territory Development Authority (FCDA).

HURIWA in a statement titled: “Rights to freedom of Association and the Press are not only legal but also fundamental and not criminal” by its National Coordinator, Comrade Emmanuel Onwubiko and National Media Affairs Director, Miss Zainab Yusuf, decried what it described as the “rising wave of federal government’s intolerance of political pluralism, press freedom and freedom of expression.”

The statement by the group reads thus in part; “Nigeria and Nigerians will be worst off should President Muhammadu Buhari be tolerated to institute incipient tyranny which is what he has since started introducing with his initial serial flouting of court orders; attacks targeting judges including the illegal deposition of the head of the judicial arm of government and his government’s persistent witch hunt targeting political opposition using all security forces and especially the highly compromised Economic and Financial Crimes Commission (EFCC).”

HURIWA also noted that the continued harassment of Chief Dokpesi were well-coordinated plots to “intimidate, cow and compel him and to undermine the independence of the only surviving independent television in Nigeria because of the predisposition of the African Independent Television to allow all shades of opinions in their broadcast station.”

The group also resolved to petition the offices of the United States President; Prime Minister of Britain and the European Union to call Buhari to order.

“Nigeria is a secular state which not only does not function at the whims and caprices of some religious, political, cultural elite or oligarchy or group or institution but by the law which clearly spells out the rights and obligations of her citizen and all other within its geographical location. In this regard, the first, primary and most essential law of resort is her Constitution which is the grundnorm.

“The Constitution of the Federal Republic of Nigeria does not only give life to all other laws but kills any law, belief, opinion etc which purports to negate its provision. It is apt at this juncture to quote from section 1(1) and (3) of the Constitution. Section 1(1) provides thus:

“This Constitution is supreme and its provisions shall have binding force on the authorities and persons throughout the Federal Republic of Nigeria.”