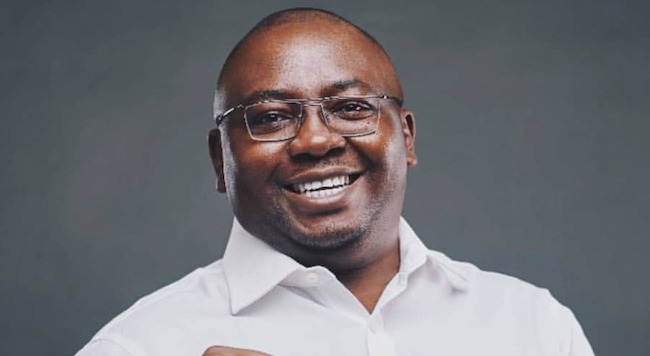 The All Progressive Congress (APC) on Monday berated its governorship candidate in the 2019 election in Oyo State, Chief Adebayo Adelabu over his unguarded statement since he lost out in next year’s governorship race.

Adelabu, a former Deputy Governor of the Central Bank of Nigeria, lost the ticket to Senator Teslim Folarin in the APC governorship primary held on May 26 in Oyo State.

Since his defeat in the primary, the politician has launched several attacks on the party leadership at national and state levels.

He had since moved to the Accord Party where he secured the ticket to contest the 2023 governorship election in the state.

In a statement issued by its National Publicity Secretary, Felix Morka, on Monday, APC accused Adelabu of wailing far too long over his defeat against Folarin.

The statement read: “For a man who lost his bid for the gubernatorial ticket of the All Progressives Congress (APC) in Oyo State, Chief Adebayo Adelabu’s recent emotive outburst is understandable, but totally misled.

“While featuring on ‘Political Circuit,’ a radio programme, Chief Adelabu alleged that he was robbed of the party’s ticket because of his relationship with the presidential candidate, Asiwaju Bola Tinubu.

“According to the former Deputy Governor of Central Bank of Nigeria, five Senators, including the President of the Senate, Sen. Ahmed Lawan; the National Chairman of APC, Sen. Abdullahi Adamu; the National Secretary, Sen. Iyiola Omisore; the Chairman of Oyo Chapter of APC, Sen. Tokunbo Afikuyomi, and the APC standard bearer for Oyo State, Sen. Teslim Folarin, were involved in his imagined conspiracy to deny him the APC gubernatorial ticket in the state.”

The party stressed that Adelabu’s fate was decided by delegates who voted at the primary election, and had nothing to do with national leaders of the party whom he had been allegedly vilifying.

APC also advised the ex-CBN official to channel his energy on his candidacy with the Accord Party, rather than busying whining over his failed shot at its ticket.

“As a former flag bearer of the party, we expected him to explore and exhaust internal remedial mechanisms of the party or seek legal redress regarding any dissatisfaction he may have had with the primary election.

“Having decamped to another political party, rather than concentrate on his lackluster gubernatorial project, Chief Adelabu has busied himself with making wild and baseless allegations against some national leaders and chieftains of the APC.

“While wishing Adelabu well in his new political voyage, we advise that he desists from vilifying and maligning respected chieftains and national officers of our great party,” the statement concluded.

Related Topics:AdelabuAPCOyo ticket
Up Next