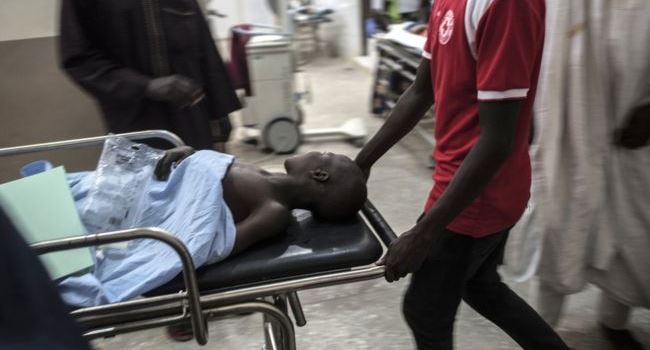 No fewer than 17 persons have reportedly died from a strange disease in Okpilo-Otukpa Community, Ogbadibo Council Area of Benue State.

The state’s Commissioner for Health and Human Services, Dr. Emmanuel Ikwulono, who issued a statement on Tuesday, through the Permanent Secretary, Andrew Amer, confirmed the outbreak of the strange disease and casualties.

According to him, the state government received a report of the outbreak of the strange illness in Okpilo-Otukpa Community that has so far killed 17 persons.

“By the time we received the report on November 9, 2020, about 17 persons had already died from the illness.

“We currently have one case, which was brought to the Benue State University Teaching Hospital (BSTUH) in Makurdi by a relative of the patient. Others are receiving treatment in different hospitals,” Part of the statement read.

Amer listed some of the symptoms of the illness to include fever, abdominal pain, and general body weakness, while some stool and vomit with traces of blood.

He stated that the state government was aware of the outbreak and had responded swiftly to facilitate investigation with a view to establishing the cause of the illness.

“Governor Samuel Ortom has approved funds to enable the State Ministry of Health and Human Services to carry out the investigation.

“In the meantime, we advise the people of Ogbadibo and its environs to maintain good hygiene practices and report anyone with the said symptoms to the Disease Surveillance and Notification Officers in the council area,” he added.

Donald Trump will get second term —US secretary of state