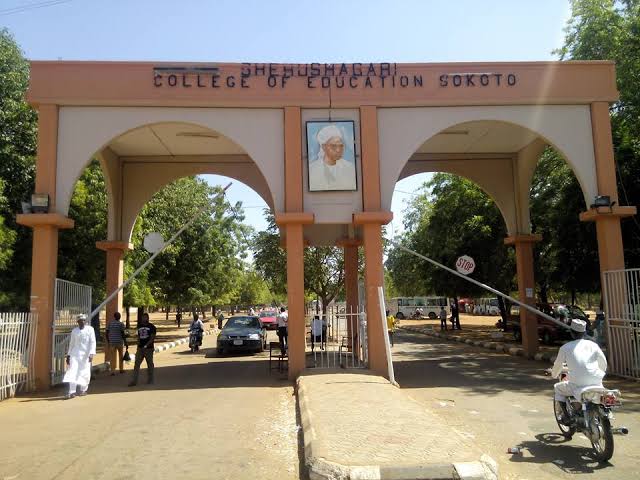 A student simply identified as Deborah, at the Shehu Shagari College of Education (SSCOE), Sokoto was allegedly beaten and burnt to death on allegations of blasphemy on Thursday, May 12.

The scholar who is said to be residing with her parents at Old Airport Road area of Sokoto metropolis, was accused of insulting the Holy Prophet Muhammad (SAW) during a hot argument with her colleagues in school.

”She was having an argument with some of her schoolmates over their ongoing examination and when she was asked how she managed to pass her exams, she said it was Jesus. She was asked to withdraw the statement and apologise which she refused.

The school security intervened, and took her to their post but they were overpowered by students after which she was killed in the process. After killing her, her body was burnt on the school premises” a source said.

One Edward Onoriode, who posted the incident on Twitter, said they were not sure if the lady did as alleged.

“We don’t have evidence if she truly blasphemed the Holy Prophet. Nobody gave her the chance to defend herself. They only took the words of the girl who reported to the crowd and they all bounced on her angrily. This is so barbaric. I feel so sad with so unfortunate incident.”

The school authority has since released a statement to announce the temporary closure of the institution following the incident.

Related Topics:Shehu Shagari college of education
Up Next