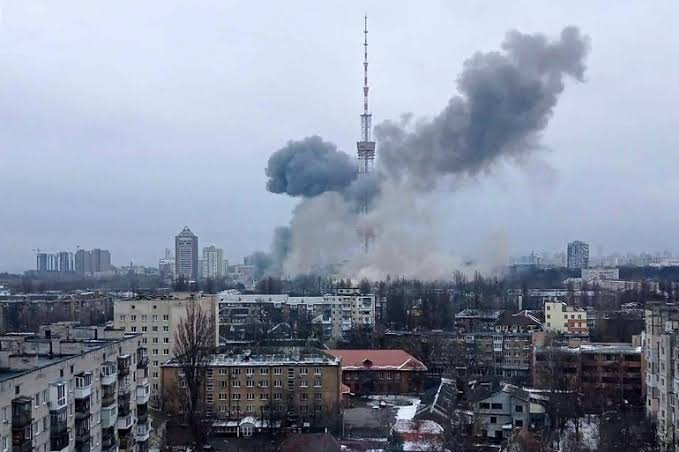 Angered by the loss of its Black Sea flagship which was sunk by Ukrainian forces a few days ago, the Russian military command has unleashed heavy attacks on Kyiv and other major cities in Ukraine.

The series of attacks on the Ukrainian capital and other part of western Ukraine on Saturday according to the city’s Mayor Vitali Klitschko, is another reminder that “Ukrainians are still under serious Russian threat despite Moscow’s pivot toward mounting a new offensive in the east.”

On Friday, a Russian military spokesman had warned of renewed missile strikes on Ukraine’s capital following the sinking of its warship with officials claiming they would only be targeting military sites.

“In the towns and villages just outside Kyiv, authorities have reported finding the bodies of more than 900 civilians, most shot dead, since Russian troops retreated two weeks ago,” Klitschko said in a television interview on Sunday morning.

The mayor further advised residents who fled the city earlier in the war not to return.

“We’re not ruling out further strikes on the capital. If you have the opportunity to stay a little bit longer in the cities where it’s safer, do it.”

A Ukraine military spokesman said Russian missiles hit the Kyiv city just as residents were emerging for walks on Saturday night, following the failure of Russian troops to capture Kyiv and their withdrawal.

Related Topics:RussiaUkraine Russia war
Up Next