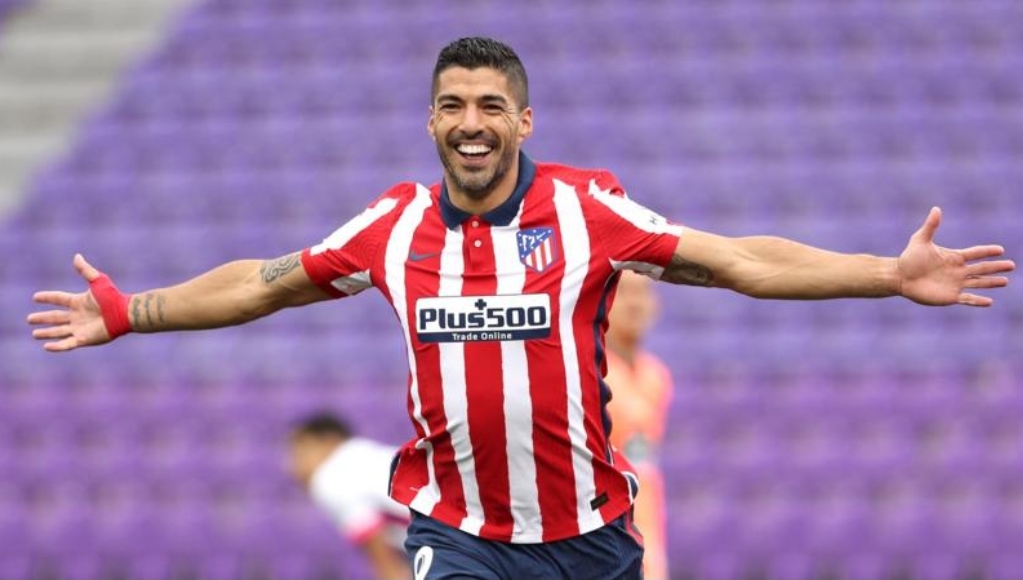 Luis Suarez has helped Atletico Madrid beat Real Valladolid in the final round of the La Liga season as they emerged champions.

The Uruguayan, who joined the club at the start of the season from Barcelona, has now helped Atletico win the league title for the first time since 2014.

Atletico needed to win to ensure to finish on top, and a 2-1 victory over their hosts was enough to hand them the title.

The Diego Simeone side edged their city rivals Real Madrid, who were also seeking to successfully defend the title, winning in a dramatic fashion by coming from behind to beat Valladolid.

Suarez scored the winning goal in the 67th minute after Angel Correa had equalized earlier in the second half, with Oscar Plano’s strike putting the hosts ahead in the first half.

With the victory, Atletico clinched their first title in seven years and their 11th overall.

At the Bernabeu, Real Madrid scored twice late on to beat Villarreal 2-1 but came up short as they needed Atletico to drop points.

Barcelona, who were already out of the title race before the final day, played 1-0 against Eibar and finished third above Sevilla, who will be facing Alaves on Sunday.