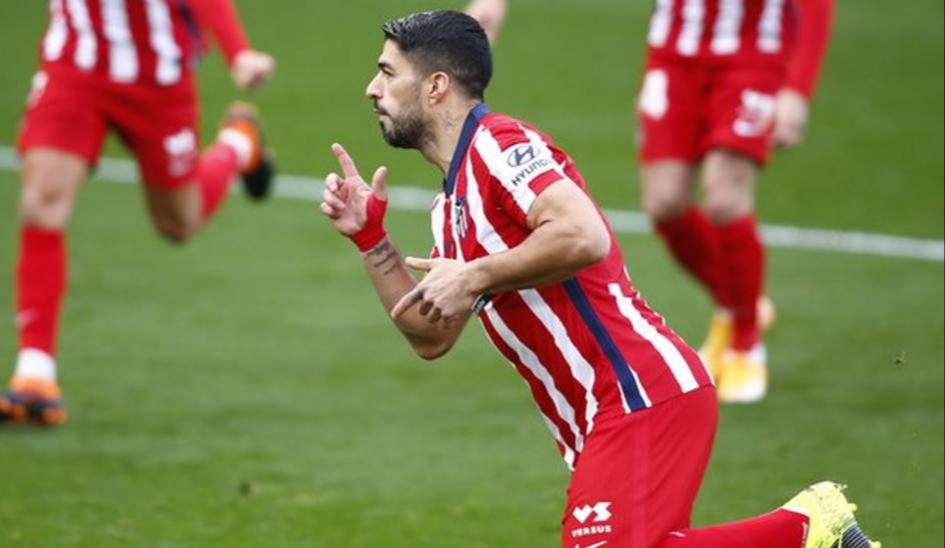 A dramatic late winner by Luis Suarez helped Atletico come from behind to beat Osasuna 2-1 in a La Liga clash on Sunday.

Suarez’s goal ensured his side remain in the driving seat of the race to the title this season, with just one game left.

Ante Budimir’s header had put Osasuna in front in the 75th minute but Renan Lodi levelled on 88 minutes before Suarez steered in Yannick Carrasco’s cross two miutes to time.

Suarez, who joined the side from Barcelona at the start of the campain, has scored 20 goals for Atletico.

The Diego Simeone side will now travel to Real Valladolid in their final game knowing that a win will clinch the title.

The Zinedine Zidane side are two points behind their city rivals, and a win in their final game would hand them the title should Atletico fail to win.

Third-placed Barcelona however had a poor outing as they were beaten 2-1 at Camp Nou by Celta Vigo.

In other results from the penultimate round, Samuel Chukwueze’s Villarreal thrashed Sevilla 4-0, Valencia thrashed Eibar 4-1 and Real Betis beat Huesca 1-0.

Real Sociedad also defeated Real Valladolid 4-1 to keep hopes alive of reaching the Europa League next season as they sit on fifth spot.