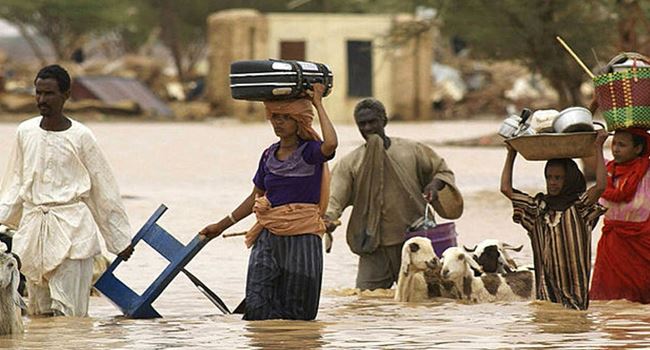 The United Nations Food and Agriculture Organisation says more than nine million people in Sudan who have been displaced by flooding are in need of assistance.

The Food and Agriculture Organisation on Sunday said that a million tonnes of grain has been lost. There are also growing fears about the risk of disease caused by contaminated water supplies and stagnant surface water. Cases of malaria have increased sharply.

The UN has warned that emergency relief efforts are suffering from a low level of funding, compounded by high inflation in Sudan and severe fuel shortages.

The agency told the BBC that millions of hectares of farmland had been affected.

Much of Sudan has been suffering the worst floods in decades, with historically high levels of rainfall since July.

The rain has finally begun to ease and the floodwaters are receding, but a huge humanitarian problem now looms.