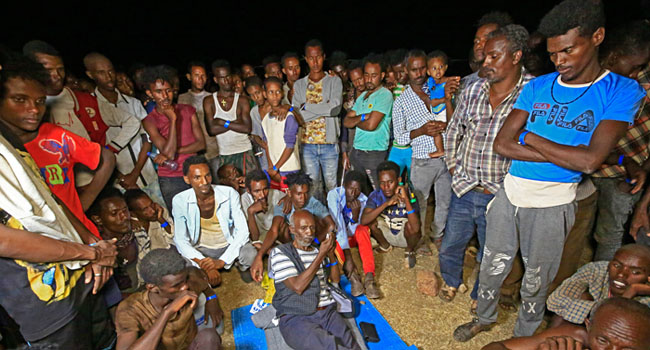 The United Nations has declared that Sudan needs the sum of $150m in aid to cope with the flood of Ethiopian refugees crossing its border from conflict-stricken Tigray.

This was disclosed on Saturday by a UN refugee agency chief, Filipo Grandi during a visit to a camp in Sudan which hosts more than 43,000 Ethiopian refugees fleeing from the intense fighting into one of its most impoverished regions.

Grandi also called on “donors to provide Sudan with these resources as soon as they can”.

As the Tigray fighting rages, Grandi also voiced concern over the fate of tens of thousands of Eritrean refugees living in Ethiopia for decades.

“We don’t have access to them,” he said, urging the Ethiopian government to authorise visits by the United Nations.

The Tigray conflict broke out on November 4 between Ethiopia’s federal forces and the Tigray People’s Liberation Front (TPLF).