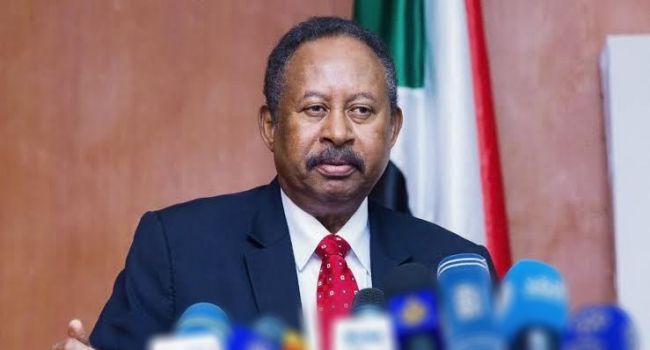 Sudan’s Prime Minister Abdalla Hamdok, has resigned as widespread violent protests continue to rock the country amid political deadlock following a military coup that derailed its transition to democracy.

The Prime Minister’s resignation came hours after Sudanese security forces violently dispersed the pro-democracy protesters against the coup, killing at least three people, according to the Central Committee of Sudanese Doctors (CCSD).

The medical group, in a statement, said one of the dead was hit “violently” in his head while taking part in a protest march in the Sudanese capital, Khartoum.

A second person was shot in the chest in Khartoum’s twin city of Omdurman, while dozens of protesters were also wounded.

Sunday’s deaths have brought the death toll among protesters since the military takeover to at least 57, according to CCSD.

Hamdok’s resignation which was announced in a televised address late on Sunday, came weeks after he returned to his post after initially stepping down in a deal with the coup leaders, a move he said was taken to save Sudan’s political transition.

In his resignation speech, Hamdok said a roundtable discussion was needed to agree on a new “national charter” and to “draw a road map” to complete Sudan’s transition to democracy.

“I decided to give back the responsibility and announce my resignation as Prime Minister, and give a chance to another man or woman of this noble country to … help it pass through what’s left of the transitional period to a civilian democratic country,” Hamdok said.

“Despite all that was done to bring about the desired and necessary agreement to fulfil our promise to the citizen of security, peace, justice and an end to bloodshed, this did not happen.

“I tried as much as I possibly could to prevent our country from sliding into a disaster. Now, our nation is going through a dangerous turning point that could threaten its survival unless it is urgently rectified,” he added.

Hamdock’s announcement has further thrown Sudan’s future deeper into uncertainty, three years after an uprising that led to the overthrow of longtime leader Omar al-Bashir.

The Prime Minister also warned that the ongoing political deadlock since the military takeover could become a full-blown crisis and damage the country’s already battered economy.