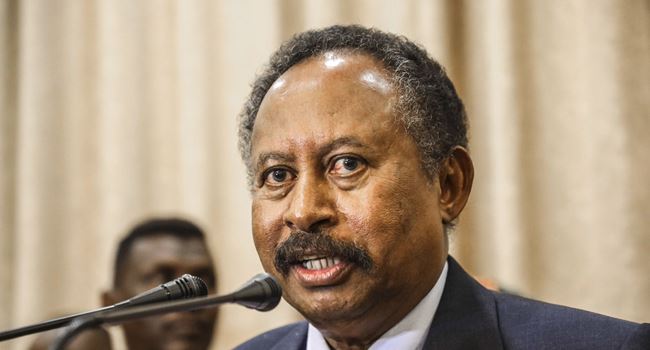 The Prime Minister of Sudan, Abdalla Hamdok, has vowed never to step down in the wake of the military coup which has seen him and many of his cabinet members placed under house arrest.

Hamdok, in a statement on Sunday, said he will never “willingly” step down following days of protests and demonstration across the country in opposition to the October 25 military takeover, just as international condemnation of the military’s actions keeps growing.

“The PM concedes the situation was untenable, however the change needed to occur through a political process. Without this acknowledgment and without the commitment to return to how things were, the Prime Minister will not negotiate. He refuses to stand down willingly as Prime Minister,” a source close to the deposed PM said.

Hamdok, who has been detained since the coup, can only be met in the presence of a military escort, said sources who spoke to CNN on Sunday. However, the military is allowing international and local mediators to meet with him, as pressure from the United States and other international actors intensifies for his release.

Sources close to the Prime Minister and the mediation talks laid out four steps that need to be taken to reinstate order in the country and to resume negotiations, saying that it must start with Hamdok’s release and a return to the “status quo.”

The coup, led by Sudan’s top General, Abdel Fattah al-Burhan, followed months of rising tensions in the country. Burhan was supposed to relinquish control of the council to a civilian leader in the next few weeks but instead, he dissolved the council, saying that he would hold elections in July 2023 and hand over power to an “independent and fair representative government” then.