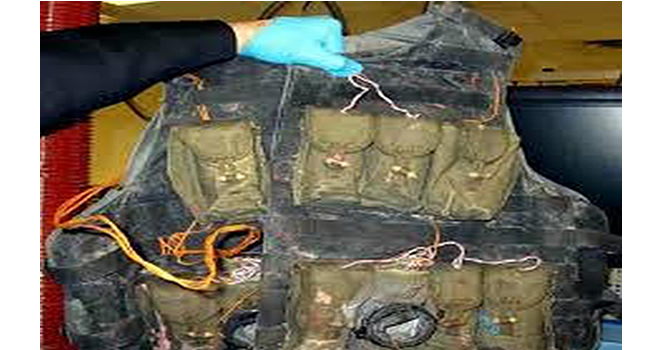 A suspected suicide bomber was blown to pieces when the suicide vest he wore exploded on Tuesday in Ebonyi State.

The incident, which has been confirmed by the State Police Command, happened in Afikpo town, in Afikpo Local Government Area of the state at about 12 noon.

According to an eyewitness, the suspect had attempted to enter the Amaizu/Amangballa Primary School but was turned back by the school security as he could not justify his reason for visiting the school.

He was said to have run into a nearby bush before a big bang was heard.

The source added that residents scampered for safety when the bomb exploded but reconvened at the scene of the incident few minutes later only to discover the suspected suicide bomber laying dead.

It was gathered that the upper part of the suicide bomber’s body was completely destroyed from the impact of the bomb.

A resident who was one of the first to arrive at the scene, noted that the incident happened close to the Eke Market, Afikpo, which is said to be the biggest market in the area and caused serious tension and panic in the community.

The state Commissioner for Internal Security, Stanley Okoro, also confirmed the incident but noted that he was yet to get details of what happened.