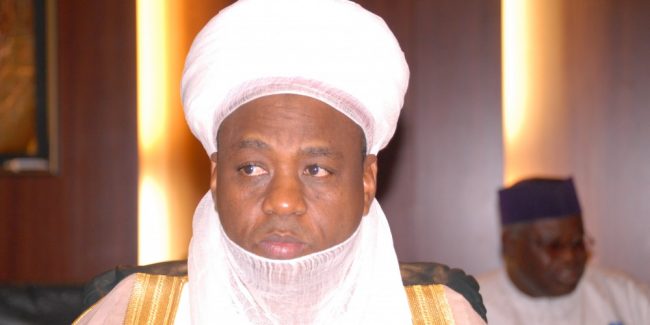 The Sultan of Sokoto, Muhammad Sa’ad Abubakar, on Wednesday, joined the ongoing debate on the use of social media in the country.

The monarch, who spoke at a security summit in Abuja, urged the Federal Government to consider not to ban social media as earlier suggested by a group but to regulate it.

He said Nigeria can learn from other countries across the world on how the use of social media is being controlled.

The Sultan said: “As lawmakers, what do you do about social media? I’m not saying ban social media but regulate it.

“We have seen it happen all over the world. Why can’t Nigeria borrow from that?

“It’s important for us and I hope this seminar will discuss some of these issues and when you’re ready with your decision, call some of us back, like the national council of traditional rulers. We will sit together once more.”

He also warned the citizens and security operatives against ethnic and religious profiling in the country.

He added: “It’s high time we put aside ethnic and religious profiling. Stop profiling criminals. Call them by their names.

“No ethnic or religious group will be happy that every day, you are calling his own side of the coin the bad one, even when you know there are good ones that are larger in number.

“Unless we come together and look at the greater figure which is Nigeria and work for the country to move forward, we will continue having these problems.”