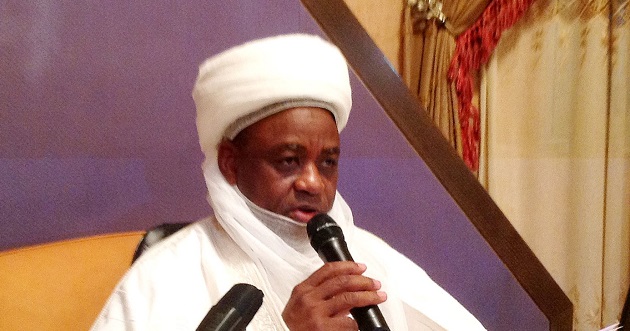 Abubakar made the appeal at the Northwest zonal dialogue with stakeholders on National Ethics and Integrity Policy, organised by the Office of the Secretary to the Government of the Federation (SGF) in Sokoto.

Ripples Nigeria gathered that the event was organised in collaboration with the Independent Corrupt Practices and other Related Offences Commission (ICPC) and National Orientation Agency (NOA).

Abubakar stressed the importance of public awareness in the fight against corruption.

The monarch urged agencies to be wary of keeping mute on the recovery which, according to him, would spell doom to the fight against corruption in the country.

“Nigerians need an explanation on how much was recovered, where is the money and what are they doing with them.

“This explanation is necessary considering the state of our education and other infrastructure like roads which need serious government attention,” he said.

According to the monarch, the founders of the Sokoto Caliphate had written many books on corruption and how it would be addressed using Islamic ways.

He advised leaders to obtain copies of such publications which, he said, would guide them in getting to the root of the problem.

The Zonal Head of ICPC in charge of Sokoto, Kebbi, and Zamfara States, Mr Ibrahim Alkali, said the national ethics and integrity police was a child of necessity.

“It was conceived and delivered out of the urgent need to resuscitate and rejuvenate our lost values of honesty and integrity as a nation,” he said.

Alkali said the commission had recorded many cases with some disposed and others being prosecuted.

He enjoined participants to educate others in their respective domains on the need to abhor corruption and imbibe the culture of integrity and self-respect as well as enjoined the public to understand the authority’s mission on inculcating right policies against corruption.