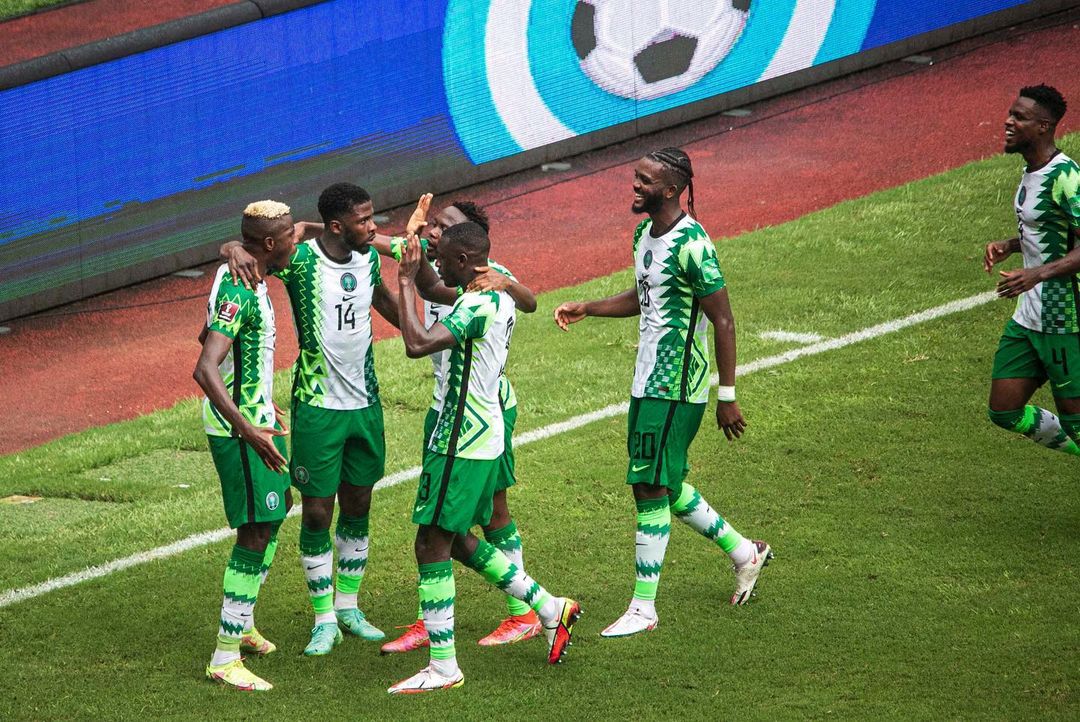 The Super Eagles of Nigeria are on the brink of making it through to the final round of the 2022 FIFA World Cup qualifiers after yet another victory.

Heading to the games this weekend, the Gernot Rohr men, atop Group C of the African qualifiers, needed to beat Liberia and hope that Cape Verde fail to win against Central African Republic.

But while the Eagles put up a fair performance to beat Liberia 2-0 in Morocco, second-placed Cape Verde defeated CAR 2-1 in the group’s other game played concurrently.

The Eagles grabbed their goals via the penalty spot, with Victor Osimhen converting the first in the first half after Kelechi Iheanacho was fouled in the box.

Captain Ahmed Musa converted the second with the final kick of the game after Osimhen was held back by the goalkeeper and a penalty was awarded.

The victory means the Eagles defeated the Lone Star of Liberia 2-0 on the two occasions they met in the qualifying series.

Nigeria will now have to avoid defeat in their final group game against Cape Verde at the Teslim Balogun Stadium next Tuesday in order to advance.

The final round of the qualifiers which will be played in pairs by 10 countries across the continent will see only five teams making it to the finals in Qatar next year.