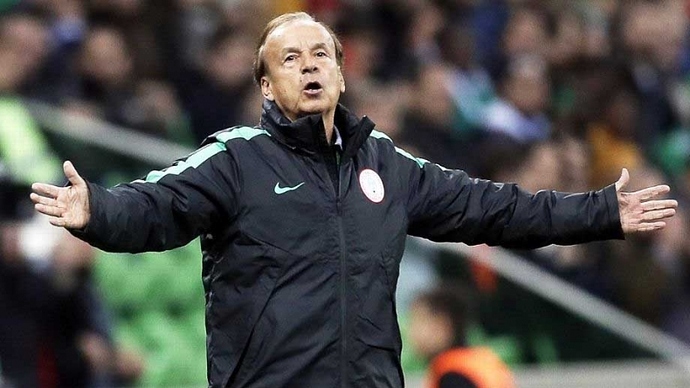 The Super Eagles of Nigeria will play against Madagascar today (Sunday) in their final Group B clash as they seek to win the group.

Nigeria began their Africa Cup of Nations (AFCON) campaign with a 1-0 victory over Burundi before beating Guinea 1-0 in the second game.

Emerged triumphant in their last appearance at the AFCON in 2013, the Eagles are on a 6-game winning streak and could make it 7 if they win against the Barea.

The match at the Alexandria Stadium could see Eagles coach, Gernot Rohr clinch his 19th victory in 32 matches since contracted by the Nigeria Football Federation in August 2016.

“Madagascar will be tough, they have a good team and we started on the same day and I believe they won’t be tired against us.

“They are better than us offensively because they have scored more goals,” said Rohr, whose wife is from Madagascar.

Nigeria lead the group on six points, and at least a draw against the Barea will be enough for the Eagles to win the group.

The match at the Alexandria Stadium will kick off at 5pm Nigeria time.

And simultaneously, the Syli Nationale of Guinea and the Swallows of Burundi will be playing at the Al Salam Stadium, Cairo.