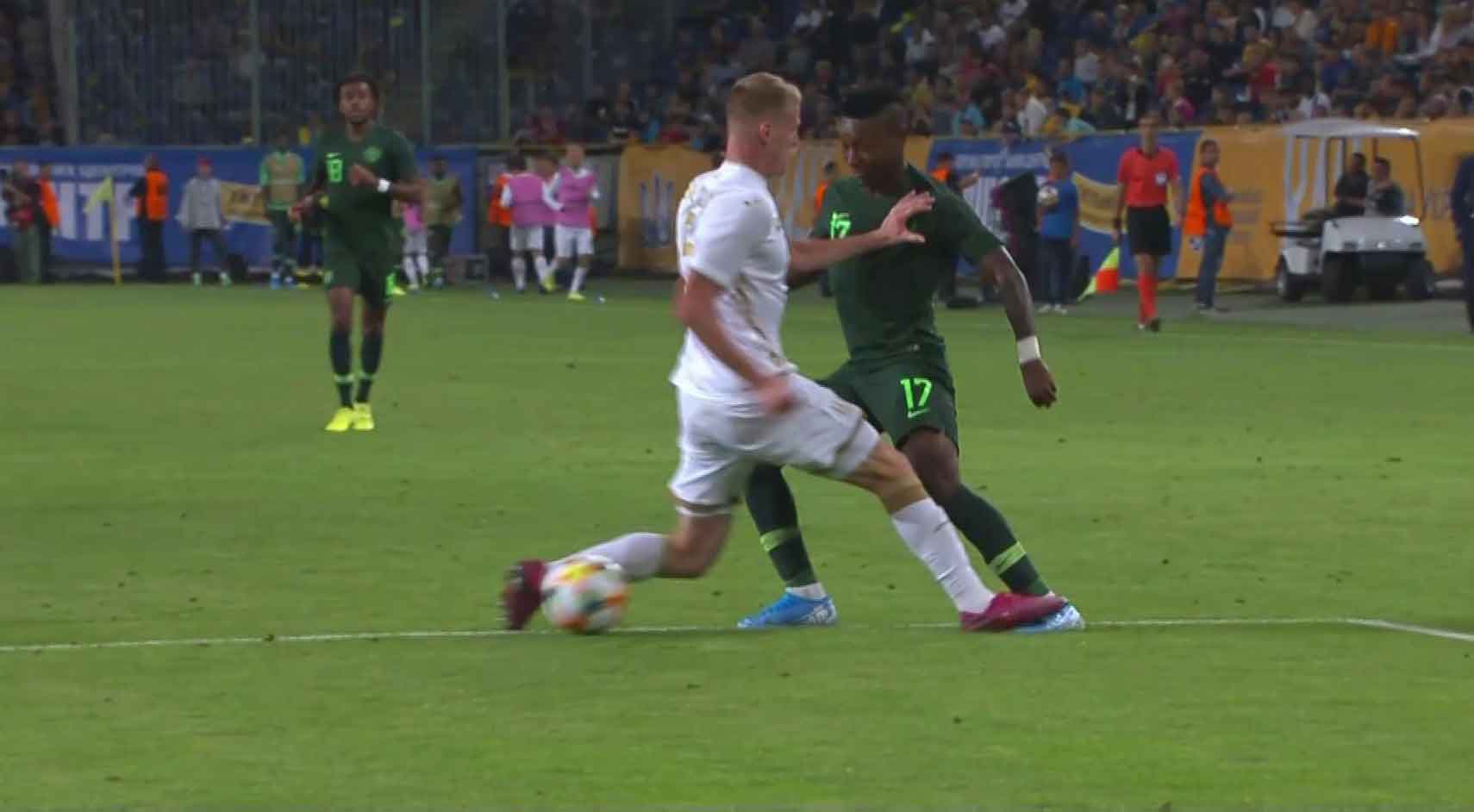 It was a game of two halves in Dnipro, Ukraine as Super Eagles were held to draw by their hosts in an international four-goal thriller.

Debutant Joe Aribo put up a superb performance and scored the opener for Nigeria, which put the team ahead at halftime.

The Rangers midfielder scored in the third minute after Samuel Kalu dazzled the Ukrainian defence before singling out Alex Iwobi who assisted the goal.

Lille forward, Victor Osimhen bagged the second goal for Nigeria, his first ever for the team, some minutes after the hour mark to put the Eagles in command.

But quick-fire goals from Oleksandr Zinchenko and Roman Yaremchuk helped the host nation secure a draw.

Zinchenko’s brilliant movement and finish in the 78th minute halved the deficit before Yaremchuk found the back of the net a minute after to draw level.

Also making his debut for the Super Eagles was PAOK midfielder Anderson Esiti.