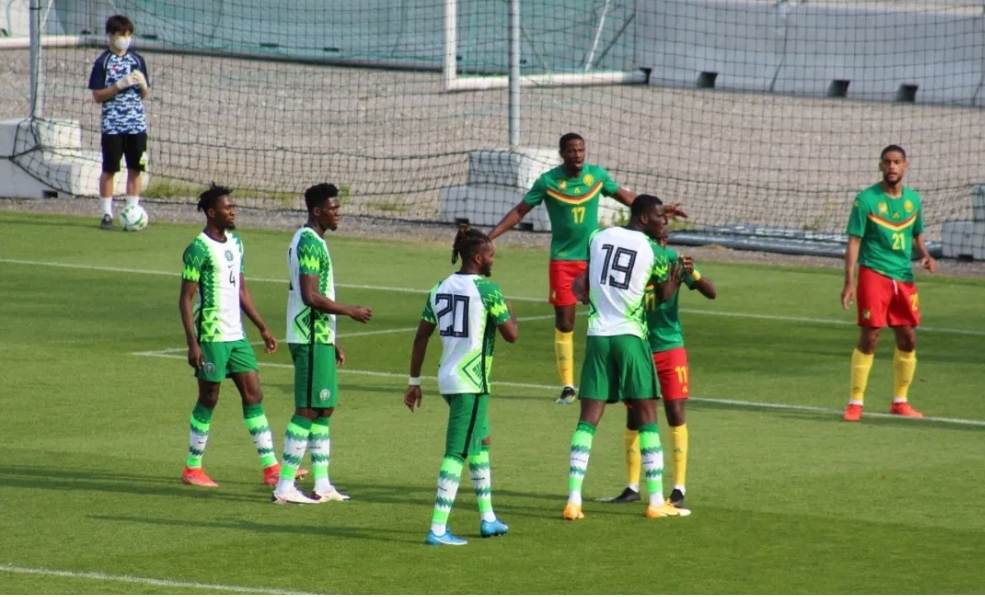 The Super Eagles of Nigeria were held to a goalless draw by the Indomitable Lions of Cameroon in an international friendly on Tuesday.

Both teams had played four days ago at the same venue, with the Cameroonians coming out on top by securing a 1-0 victory.

The Eagles were hoping to revenge the defeat in the Tuesday encounter, but failed to convert their many chances at the Wiener Neustradt Stadium in Vienna.

Cameroon dominated early in the encounter as the Eagles struggled to gain a foothold on the game. Terem Moffi would later replace Paul Onuachu as the manager attempted to add more firepower to his attack.

But it was Kelechi Iheanacho who missed Nigeria’s best scoring chance in the 77th minute when he fired from an Alex Iwobi pass but his shot was saved by the goalkeeper.

The result means Rohr’s men have now played seven international friendlies without a win, having last won a friendly game in March 2019 against Egypt in Asaba.

The Eagles will hope to find their scoring boots when they face Mexico in their next friendly encounter on 4 July in the United States.