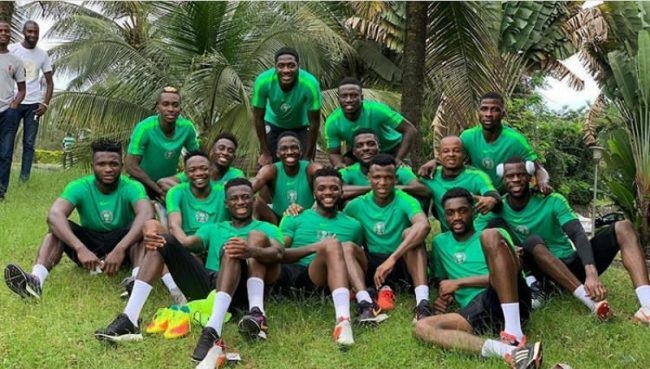 The Super Eagles of Nigeria have sealed their place in the 2019 Africa Cup of Nations after they played a 1-1 draw against the Bafana Bafana of South Africa on Saturday.

The game played at the FNB Stadium in Johannesburg was a matchday 5 encounter of the qualifying series, as Nigeria maintained their lead in Group E.

A Buhle Mkhwanazi own goal from Samuel Kalu’s deflected cross gave the Eagles the lead on 9 minutes, but Lebo Mothiba equalised for the hosts on 26 minutes.

With the result, Nigeria are now on 10 points, which means they cannot finish below second on the group, hence they qualify for their first Nations Cup finals since 2013.

The Eagles failed to qualify in the last two editions of the competition, but have sealed their place in Cameroon with a game left – against Seychelles, who were thrashed 8-1 by Libya also on Saturday.

South Africa, with 9 points, will take on Libya, with 7, in their final match. It will be a tough clash between both sides as they fight for the one ticket left from Group E.