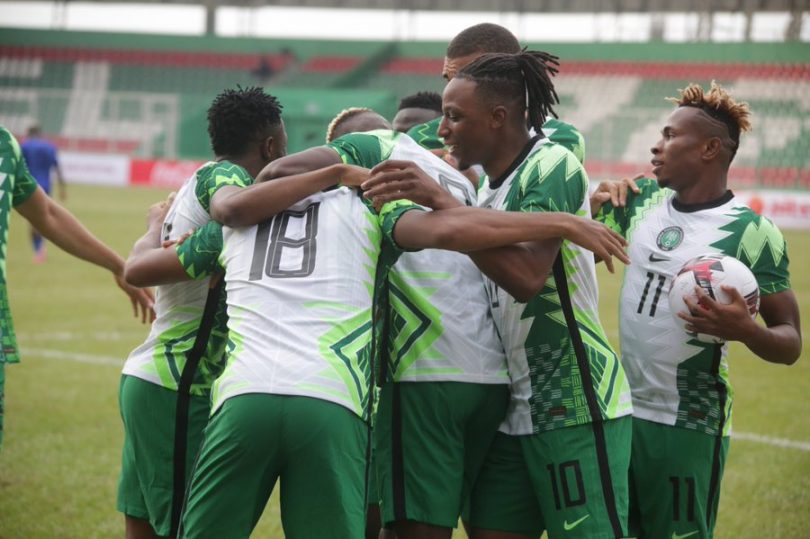 Nigeria’s Super Eagles were leading by four goals before conceding four goals from Sierra Leone in an Africa Cup of Nations (AFCON) qualifier in Benin on Friday.

The Leone Stars did put up an outstanding performance as they held on to their motivation of leaving the bottom of the group L standings and snatched a point away.

Gernot Rohr’s men looked to be cruising in the first half, with a brace from Alex Iwobi and goals from Samuel Chukwueze and Victor Osimhen putting them in command.

But the visitors started the fightback late in the first half, with a goal by Quee Kwame after an Eagles player lost possession in a dangerous area, placing the scoreline at 4-1 at the break.

In the 72nd minute Sierra Leone got their second goal to make it 4-2 after a cross by Kevin Wright was met with a great header by Al-Hadji Kamara.

The Leone Stars scored again to make it 4-3 off Mustapha Bundu’s stunning goal, before equalising in the 86th minute as Kamara got his second.

Following the draw Nigeria still top the group on seven points while Sierra Leone have two points, having picked up a draw before in the series.

Both teams will meet again next Tuesday in Freetown for the matchday four fixture, as the race for Cameroon 2022 continues.