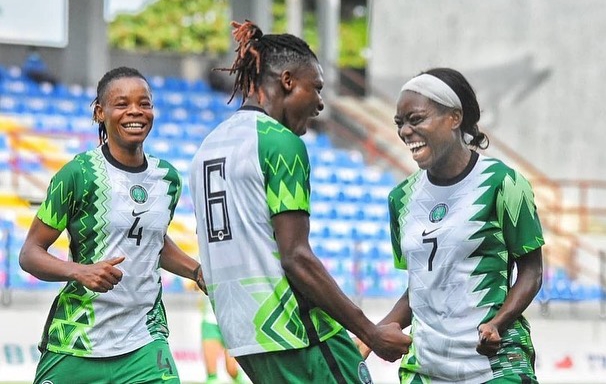 Nigeria women’s national football team, the Super Falcons of Nigeria are ending the year 2022 as the 45th best national team in the world.

The Falcons, who failed to reach the final of the 2022 Africa Women’s Cup of Nations (AWCON), retained their position from the last rankings released.

The latest Women’s world rankings were released by the International Federation of Association Football (FIFA) on Friday, the final release for the year.

The Super Falcons also remained at the top ranked team in Africa.

World champions, United States of America retained top position on the ranking despite winning only one of their last four games.

England and France complete the top five teams in the world.

The next FIFA/Coca-Cola Women’s World Ranking will be published on March 24 2023.

‘Whole of Africa, Arabia behind us’ – Morocco coach Regragui confident ahead Portugal clash