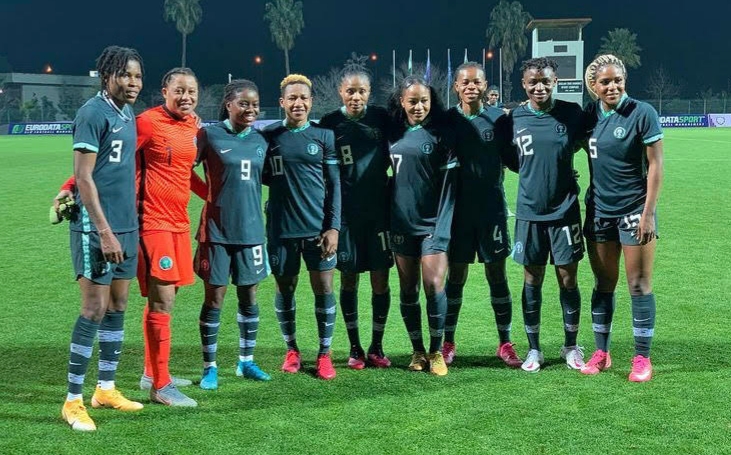 The Super Falcons of Nigeria have secured their third win in three games at the Turkish Women’s Tourney after thrashing Equatorial Guinea 9-0 on Tuesday.

It was Ogbonna Kanu who opened the scoring for the African champions in the eighth minute at the Emir Sports Complex in Antalya.

Captain Asisat Oshoala scored twice from the spot in the 11th and 13th minutes, before completing a hat-trick with the fourth goal in the 26th minute.

Uchenna Kanu, Charity Adule, Toni Payne and Gift Monday were the other goalscorers, before Oshoala increased her own tally to four late on.

The Nigerian ladies had opened their campaign with a 1-0 win over CSKA Ladies before also beating Uzbekistan 1-0 for their second win.

Victory over Equatorial Guinea, who finished with 10 players after Gina saw a red, means Nigeria have now won all three games in the group stage of the competition to top the group on nine points.