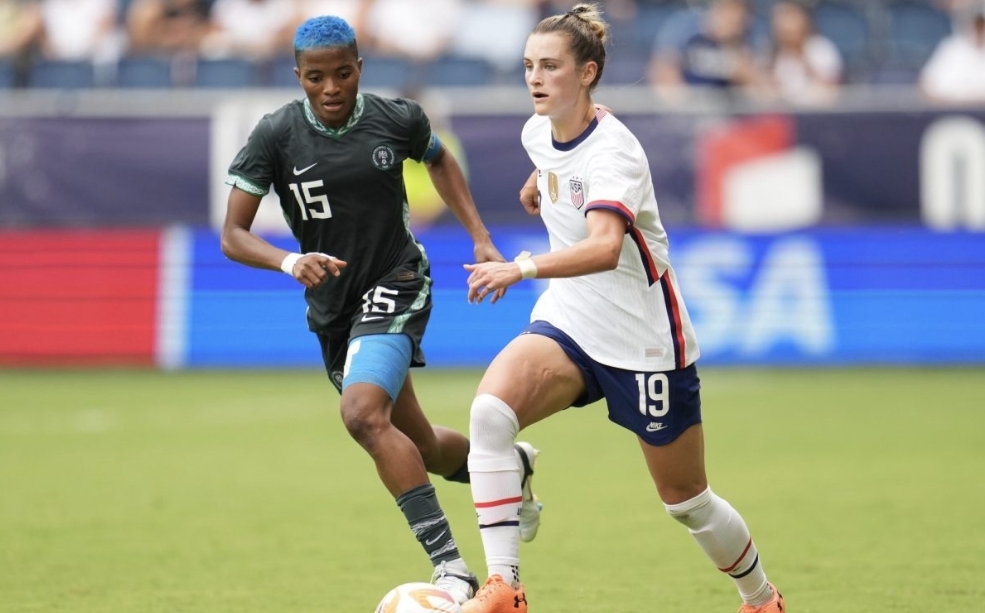 The game played in Washington DC was the second of two friendlies, with the firsg ending 4-0 in favour of the hosts in Kansas City.

The second game was an improvement from the first by the Falcons led by American coach Randy Waldrum.

The Americans succeeded in maintaining their winning streak against the Falcons as they have now won all eight fixtures between both teams.

The last time the Falcons scored against the US was in the group stage of the women’s football event at the Sydney 2000 Olympics which ended 3-1 in favour of the world champions.

Blessing Demehin put the ball into her own net to give the USA the lead on 24 minutes. Uchenna Kanu equalized in the 50th minute with a fine strike, before Rosemary Lavelle headed in a cross from Megan Rapinoe to seal the win for USA.