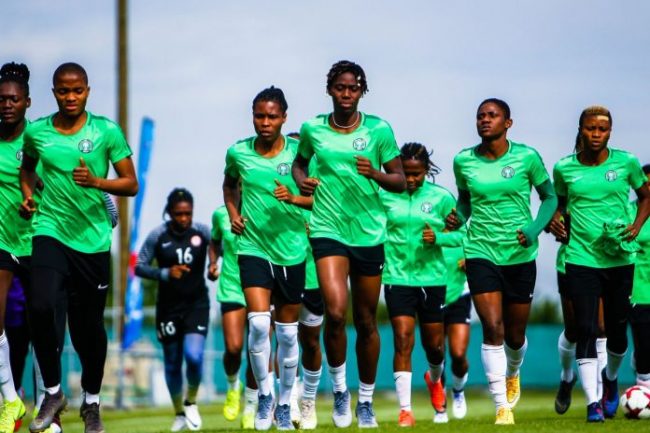 Nigeria’s Super Falcons suffered a shock defeat to their Jamaican counterparts in the opening game of the US Summer Series.

The game played late Thursday night saw the Falcons, led by coach Randy Waldrum, lose after a goalkeeper error cost them the game.

Falcons goalie Tochukwu Oluehi had earlier saved a penalty and also made series of saves before committing a howler and conceding the goal.

Read Also: 21 Super Falcons stars now in camp ahead of US Summer Series

The Four-Nation Summer Series tournament is currently going on in the United States.

The Falcons will hope to bounce back from the defeat when they face Portugal in their second outing next Monday.

They will later face world champions and hosts United States in their final game on Thursday, June 17.

Copa America can go ahead in Brazil, court rules