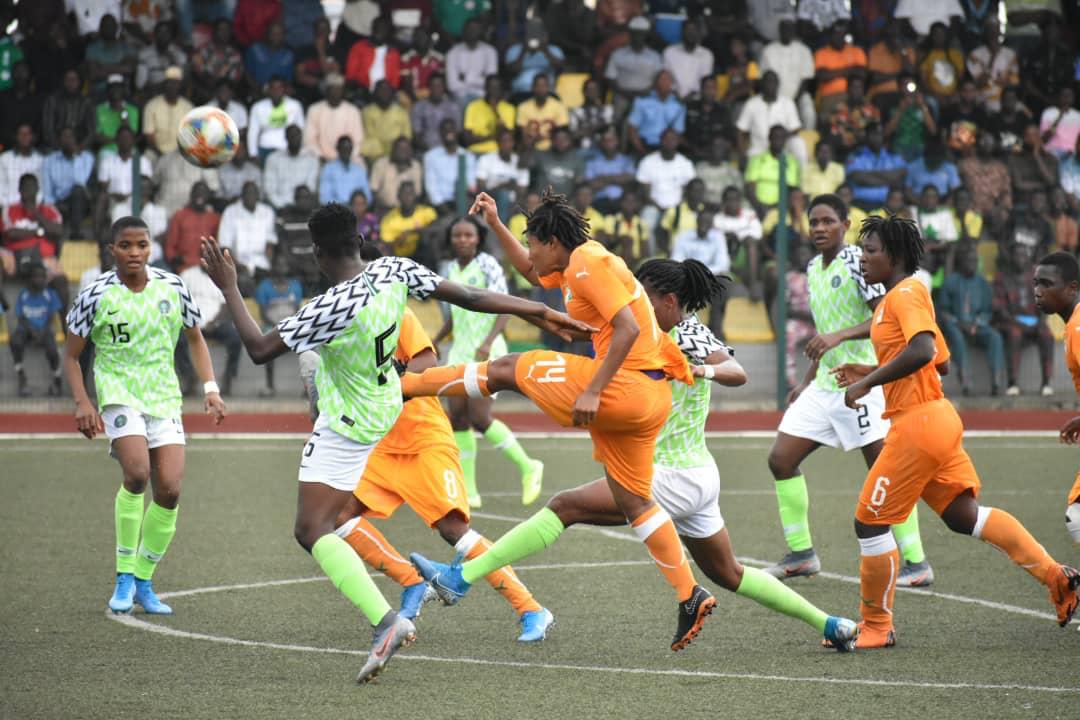 Nigeria’s Super Falcons will not participate at next year’s Olympic Games billed to hold in Tokyo, Japan.

This follows their failure to beat Cote d’ivoire in the third round of the qualifiers as they were held to a 1-1 draw in the second leg of their tie in Lagos on Monday.

Both teams had played a goalless draw in the first leg in Abidjan, and so, the Ivorian ladies are through by the away goal rule.

It was a day of drama at the Agege Stadium in Lagos as the visitors took the lead in the 12th minute after Kapho Nina’s fine free-kick beat goalkeeper Chiamaka Nnadozie.

The Ivorians came close to doubling their advantage in the 32nd minute, but Nnadozie produced a fine save to deny Ange N’Guessan.

Asisat Oshoala leveled for the Falcons in the 34th minute and both teams fought hard searching for the winner till the final whistle.

Cote d’ivoire now advance to the fourth round of the qualifying series at the expense of African champions, Falcons.