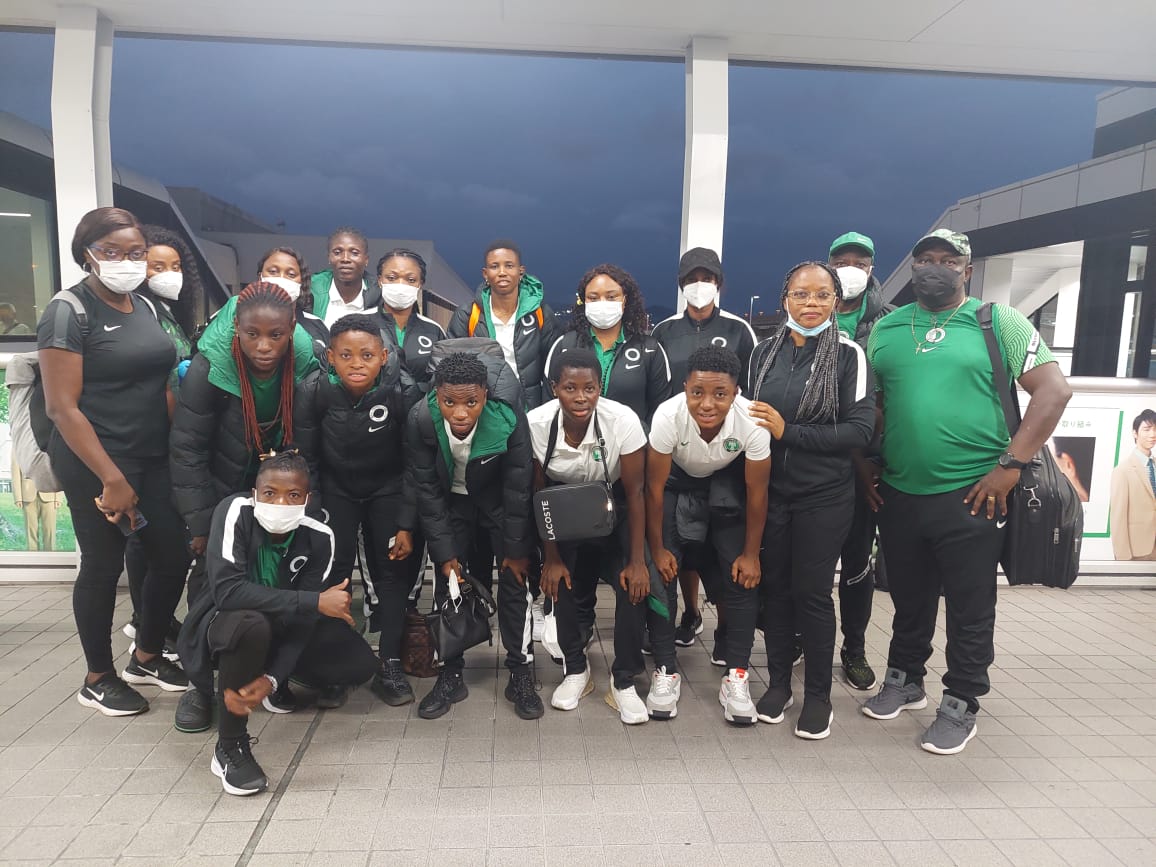 All systems are go for the senior women’s international friendly match between Japan and Nigeria’s Super Falcons on Thursday in Kobe.

The Super Falcons delegation, which left Nigeria on Friday, has arrived in Kobe, Japan, where they will play the reigning world champions, Japan, on Thursday, October 6.

The time period corresponds to one of this year’s FIFA Women’s International Windows.

The Women’s National Team of Japan, often known as Nadeshiko Japan, is ranked 13th in the world.

The sole competitive matchup between the two teams occurred at the 2004 Olympic Women’s Football Tournament.

On August 14, 2004, Super Falcons defeated the Nadeshiko 1-0 at the Karaiskakis Stadium in Piraeus.

Nadeshiko won both of its back-to-back friendlies in 2013 by scores of 2-0.

Since the 1991 start of the competition, the Super Falcons have competed in every FIFA Women’s World Cup final, making it as far as the quarterfinals in 1999.

The largest-ever FIFA Women’s World Cup finals will be held in nine locations across Australia and New Zealand from 20 July to 20 August 2023, and they are one of the 32 teams that will compete.

Related Topics:JapanSuper Falcons
Up Next