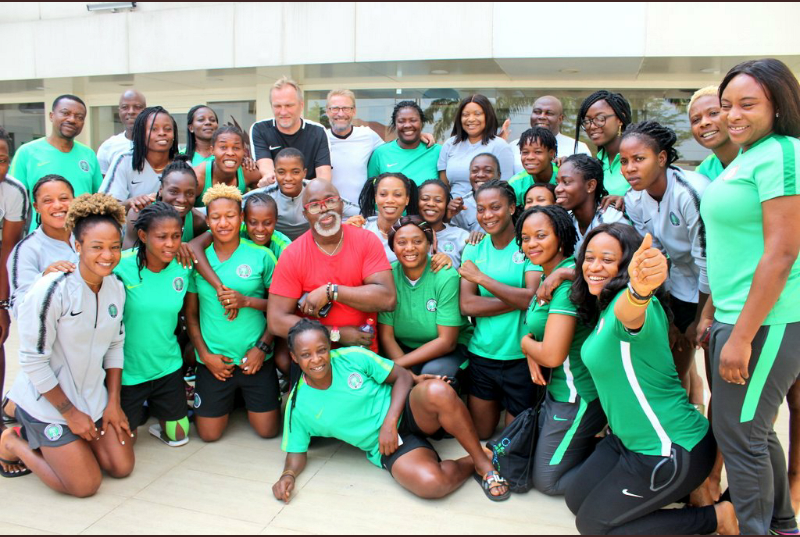 The Nigeria Football Federation (NFF) have lined up 10 international friendlies for the Super Falcons ahead of the FIFA Women’s World Cup finals.

According to thenff.com, the reigning African Women’s Cup Of Nations champions will take part in a four–Nation Invitational Tournament in China from the 17th –20th January.

Hosts China, Romania and Korea Republic are the other teams taking part in the four–day invitational.

The nine time AWCON champions will also participe in the Cyprus Women’s Cup from the 25th February to the 7th of March 2019.

After the 12–Nation Invitational Tournament in Cyprus, the Super Falcons will either play Spain or Canada before a final training camp in Austria that could also take in two tune–up games.

Thomas Dernneby’s side will be camped at the same Avita Hotel and Resort in Bad Tatzmannsdorf in Austria, where the Super Eagles stayed before flying to Russia to participate in last year’s FIFA World Cup finals.

The report also revealed that players and officials of the Super Falcons were at the Chinese Embassy in Abuja for visa processing ahead of the four–Nation Invitational Tournament in China.

The team is expected to fly out of Nigeria to China next Monday.

Nigeria, the only African country to have featured in all previous editions of the FIFA Women’s World Cup since the competition was launched in China in 1991, will tackle host nation France, Korea Republic and Norway in Group A of this summer’s finals.

The Super Falcons will begin their campaign against Norway, at the 21,000 –capacity Stade Auguste Delaune in Reims on 8th June, before matches against Korea Republic in Grenoble on 12th June and against hosts France in Rennes on 17th June.

The 8th FIFA Women’s World Cup finals will hold 7th June – 7th July this year, with France up against Korea Republic in the opening match at the Parc des Princes in Paris on 7th June.