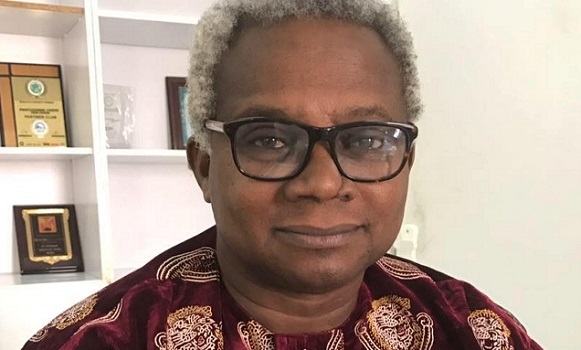 The Director-General of Voice of Nigeria (VON), Osita Okechukwu, on Monday said supporting the reelection of President Muhammadu Buhari is the “quickest and surest” path to Igbo presidency in 2023.

VHe said ice-President Yemi Osinbajo’s comment that a victory for President Muhammadu Buhari in the 2019 presidential election would guarantee the South-West the 2023 presidency was a “wake-up call” to the South-East.

Osinbajo had made the comment while on a house-to-house campaign in Oyo town, where he held a 45-minute closed-door meeting with the Alaafin, Oba Lamidi Adeyemi.

In a statement on Monday, Okechukwu said, “The Vice-President’s call for Yoruba to vote for President Muhammadu Buhari in 2019 so as to have a shot at the Presidency in 2023 is constitutional and mostly importantly a wake-up call to Ndigbo.

“A wake-up call to Ndigbo in the true sense of the word that equity, natural justice and good conscience are the advantages on our side – for the South-East is the only geopolitical zone in the southern belt that has not presided over Nigeria since 1999, when the rotation of President convention took off.

“We appeal to Ndigbo to hearken to this clarion call as all we need is to vote for President Buhari so as to reinforce the equity, natural justice and good conscience which is on our side.

“Our vote for Buhari will engender the support of his mass followers in the North, for Buhari has a vote-bank of 10 to 12 million voters, which is a big arsenal.”

The All Progressives Congress chief added, “On the issue of four years, Buhari’s remaining four years post 2019 is cast in constitutional stone, while Atiku Abubakar’s own is at best a pledge.

“Therefore, Buhari’s option is the quickest and surest route to a Nigerian President of Igbo extraction.”

‘B’Haram are nothing but a band of criminals…We have superior training, firepower’- Buratai