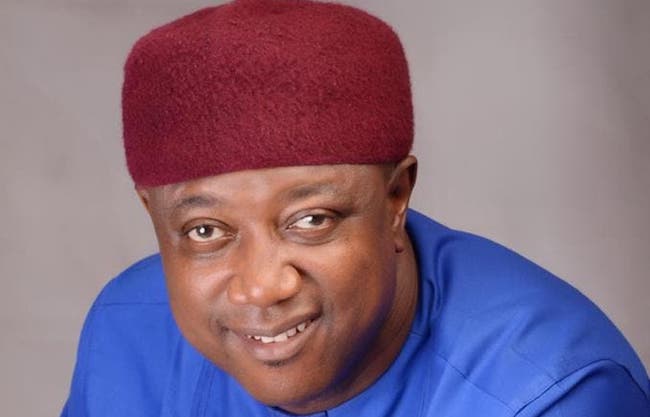 The Supreme Court on Friday declared Frank Ibezim as the All Progressives Congress (APC) authentic candidate for December 5, 2020, Senatorial by-election in Imo North.

Justice Emmanuel Agim, who delivered the judgment, set aside Ibezim’s disqualification from the election by the Federal High Court, Abuja.

Justice Inyang Ekwo had last year disqualified the businessman from the election for alleged perjury.

The judge held that Ibezim made false declarations in the documents he submitted to the Independent National Electoral Commission (INEC) ahead of the election.

The ruling was upheld by the Court of Appeal.

According to the courts, one of the certificates bears Chukwuemeka Frank Ibezim and another Francis Ibezim Chukwuemeka among other differences.

Following the rulings, Justice Taiwo Taiwo of the Federal High Court, Abuja, on March 18 ordered INEC to issue a certificate of return to Ifeanyi Araraume as duly elected Senator for the district.

However, the Supreme Court held that the suit which led to Ibezim’s disqualification for allegedly supplying false information to secure nomination was statute-barred at the time it was filed.

The suit was filed by Asomugha Elebeke, one of the aspirants, who had expressed interest in the APC ticket for the by-election.

The apex court said Ibezim’s appeal against the two judgments was meritorious, enforceable, and granted it.

The panel subsequently declared Ibezim as the APC candidate for the by-election and duly elected senator for Imo North.

Anyone carrying AK-47 illegally will be treated as ‘enemy of state’ —Defence chief, Irabor

8,439 cases of side effects reported from COVID-19 vaccination in Nigeria – NPHCDA