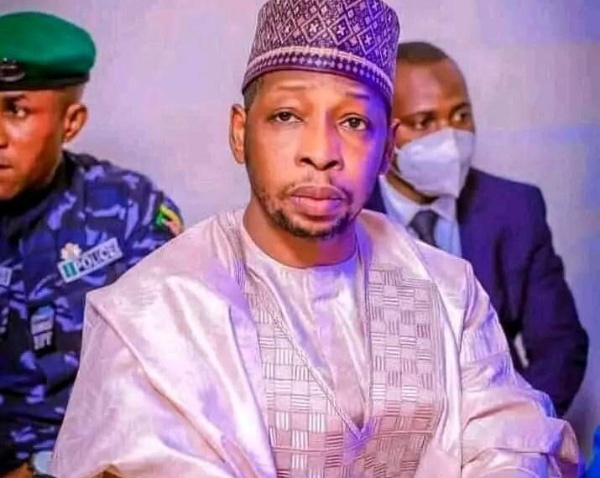 Abdulsalam Abdulkarim, also known as A. A. Zaura, the All Progressives Congress (APC) candidate for senator in the Kano Central District, lost a case at the Supreme Court that sought to halt his corruption at the Federal High Court in Kano.

The politician must appear before the Federal High Court in Kano to defend himself against the allegations made against him by the Economic and Financial Crimes Commission (EFCC) after the Supreme Court on Thursday rejected Mr. Abdulkarim’s motions.

For allegedly scamming a Kuwaiti, the EFCC filed a five-count complaint against Mr. Abdulkarim before the Federal High Court in Kano.

Lewis Allagoa, a trial judge for the Federal High Court in Kano, rejected Mr. Abdulkarim’s accusations on June 9, 2020. The EFCC appealed the decision to the Kano appellate court because it was unhappy with it. The Federal High Court’s judgement was overturned by the court in a unanimous decision by a three-person panel, delivered by Abdullahi Bayero, who also ordered that the defendant face a new trial before a different judge.

After that, Justice Mohammed Yunusa was given the case to retry. Mr. Abdulkarim skipped his arraignment and instead went to the Supreme Court with two applications: one was for an interim injunction, and the other was for an interlocutory injunction to stop the Federal High Court in Kano from moving further with the matter while his appeal was being heard there.

The five-member judicial panel, chaired by Inyang Okoro, concluded on Thursday that the Supreme Court lacks the legal authority to halt proceedings in a criminal case. The judge dismissed both requests.

In accordance with an earlier ruling from the Court of Appeal in Kano, Mr. Abdullarim will now show up in person on December 5 for the continuation of the alleged corruption trial.

The EFCC charged Mr. Abdulkarim with scamming Kuwaiti Jamman Al-Azmi of $1.3 million while pretending to find him real estate in Dubai.

The defendant was exonerated on all counts on June 9, 2020, by Lewis Allagoa, a Federal High Court judge in Kano.

PDP cautions CJN Ariwoola against dabbling into its affairs or politics