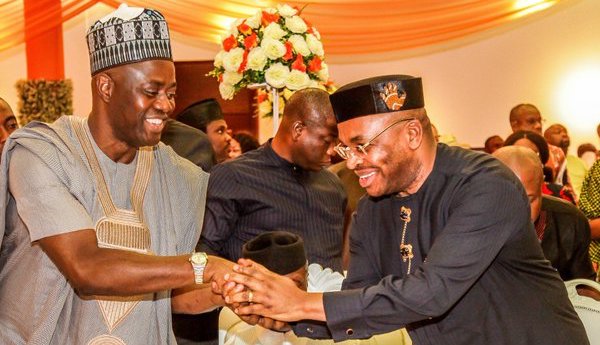 The party described it as the inevitable triumph of the will of the people over undemocratic individuals seeking to forcefully take control of the states.

It further said the outburst of jubilations in Oyo and Akwa Ibom States confirmed further that the court’s verdict was in consonance with the expectation of the people.

In a statement by its spokesperson, Kola Ologbondiyan, PDP stated that the judgment came in despite the lies, schemes, and machination by those who viciously sought to suppress the verdict of the ballot box and appropriate the states for their selfish purposes.

“The jubilation also manifests the joy of the people given the demonstrated capacity and commitment by the two governors in delivering good governance in all sectors of life in their states,” the statement read.

“In Akwa-Ibom, the people are proud of Governor Emmanuel’s record of achievements in critical sectors including, manufacturing, education, healthcare, aviation, agriculture, tourism as well as his unique industrialization initiatives for the benefit of the citizens.

“In Oyo State, the people are overjoyed by Governor Makinde’s novel development initiatives that have stabilized and repositioned the state for greater productivity in key sectors including education, healthcare, public service reforms, security, infrastructural development and economic empowerment, which has made a huge difference in the life of the people of Oyo state.”

The PDP urged the governors as well as other officials elected and appointed on its platform to continue in their selfless service to the people, a fact that has remained the marked difference between them and those elected on the platform of other political parties.