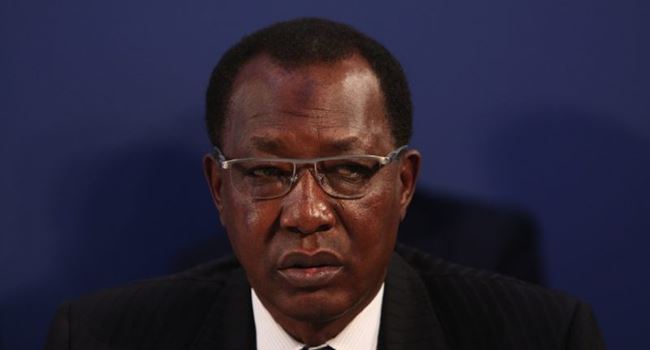 The President of Chad, Idris Deby has asked Abubakar Shekau, the leader of the Boko Haram terrorists to surrender or get killed.

In a state address to Chadians, Deby vowed that Shekau risks death in his Dikoa hideout should he fail to surrender.

The Chadian President was said to have recently led the country’s troops in an offensive that left no less than 100 Boko Haram terrorists killed.

The offensive was a revenge attack following the killing of 92 Chadian soldiers by the terrorist group in a recent attack.

Deby in his address, where he spoke in French, maintained that Shekau would be smoked out from his hideout and killed in the same manner he killed some Chadian Army commanders, if he failed to surrender.

Meanwhile, the terrorist leader had after the Chadian armed forces circulated the killing of his men on different media platforms, urged them in an audio message to leave them alone.

He called on his Boko Haram members to stand firm and continue to fight.

Speaking in Hausa, Shekau was heard saying in the audio message:

“People of Chad, leave us alone, this operation is not approved by the Qur’an.

“It is not the will of the Prophet Mohammed, but if you want to continue, God will help us too because he is bigger than you.

“To my fighters, take heart. It is I, Abubakar Shekau, your leader.”

READ ALSO: 4-year-old Tiger tests positive to coronvirus in US

During the Chadian offensive led by President Deby, it was learnt that several bunkers of the terrorists were destroyed, cache of arms recovered and a top Boko Haram commander arrested.

At Magumeri, a local government area in the northern Borno State, the Chadian troops were said to have also set free some Nigerian soldiers and citizens who had been in the captivity of the terrorist group.

OHANEZE TO NDIGBO: Don’t wear face masks from China, use ‘Aba made’