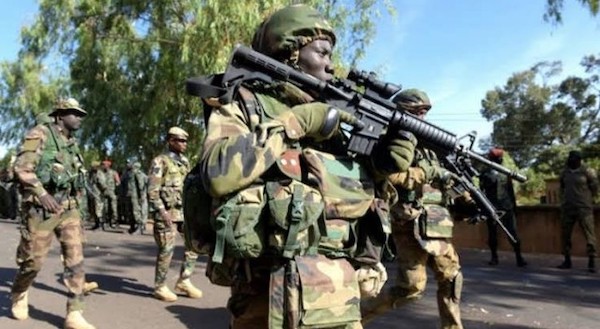 At least 16 soldiers were reportedly killed in an ambush by suspected bandits in Katsina State Saturday.

Military sources told journalists on Sunday that 28 others were seriously wounded during the attack on troops of Special Army Super Camp 4 at Shimfida, Jibia local government area of the state.

According to the sources, the soldiers were advancing on foot towards the area at 6:13 p.m. on Saturday when the hoodlums opened fire on them from a hilltop.

“The slain military officers included a major, a captain and a lieutenant,” the sources added.

Two bandits were also injured in the gun duel between the troops and the bandits.

However, the army spokesperson, Sagir Musa, refused to comment on the incident, saying he was hearing about it for the first time.

Related Topics:Katsinasoldierssuspected bandits
Up Next

2023 and leadership crisis in Nigeria