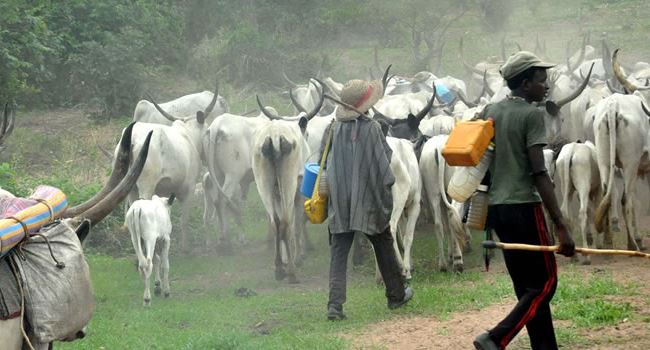 The marauding attackers were also said to have ransacked the community and set houses on fire.

The incident which took place on Monday also left many injured.

A community leader, Augustine Odoh, who confirmed the attack to journalists, explained that it happened on Monday around 1pm.

“They (herdsmen) invaded first on Saturday, killing two people. Today (Monday), they invaded the community again and killed eight people including our women and children. About 25 of them were wounded. They are in the hospital; we don’t know how many people are going to survive,” he said.

Lamenting the incessant attack by herdsmen, Odo claimed that in all the attacks, no government security agency came to their aid.

His words: “Our people cannot confront them with bare hands. They came in their numbers with AK-47 rifles and other dangerous weapons, shooting and destroying houses for hours unchallenged.

“The government will only deploy soldiers in communities in other South East states to hound and kill members of pro-Biafra groups especially the Indigenous People of Biafra, IPOB, but same soldiers cannot be deployed to our communities to stop herdsmen and terrorists attacks.”

Efforts to get reaction from the Enugu State Police Command were not successful as the spokesman, DSP Daniel Ndukwe, did not take his calls.

Related Topics:EnuguHerdsmeninsecurityNigerian newspapers
Up Next