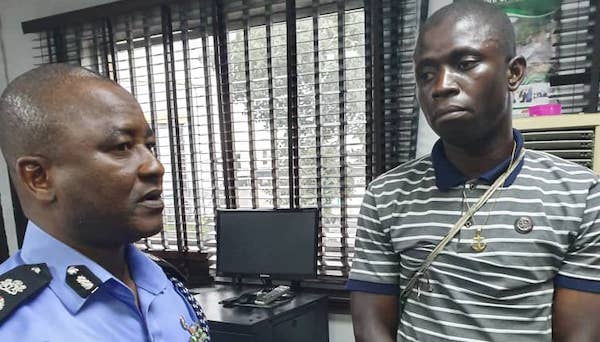 The 26-year-old David, who hails from Buguma local government area of the state, was said to be a member of the Degbam cult group and was arrested along East-West Road enroute to Uyo from Port Harcourt.

This was contained in a statement shared by the force on its verified twitter handle, @PoliceNG.

According to the police, the suspect had made useful statements.

“Investigation is on with a view to ascertaining his motives and possible accomplices,” it added.

Meanwhile, operatives of the Rivers State Police Command had on Tuesday arrested a suspected killer and rescued a young woman, who was almost strangled in a hotel in Port Harcourt.

It was gathered that the man had lodged the young lady (name withheld) at a hotel and was trying to choke her to death when the lady’s scream alerted the hotel management.

About eight deaths with same pattern have so far been recorded in the last month, raising fears of serial killings targeting women.