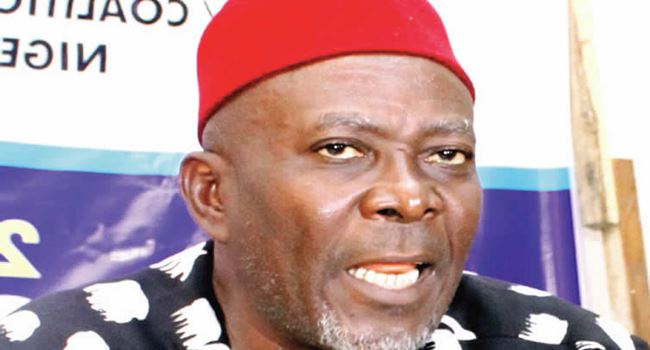 A suspended expo member of apex Igbo socio-cultural organisation,  Ohanaeze Ndigbo, has predicted that more states in the Southeast will be won by the ruling All Progressives Congress (APC) before the 2023 general elections.

The Secretary-General of the body, Uche Okwukwu, who was suspended by the group in the heat of the 2019 g campaigns, made the prediction in a congratulatory message to the new Governor of Imo State, Hope Uzodinma on his Tuesday victory at the Supreme Court.

Ripples recalls that Reverend Father Ejike Mbaka, the Spiritual Director of Adoration Ministry, had predicted that the APC candidate in the last governorship elections in Imo State, Hope Uzodinma, would be declared winner of that poll by the Supreme Court, a prediction that later came to pass.

Okwukwu, who described the Supreme Court verdict as well considered, also explained that with the victory of Uzodinma, Ndigbo were happy that the APC has expanded its inroads into Igboland.

“The judgment is a well-considered and sound one.  Ndigbo are happy that Uzodinma’s mandate freely given by Imo people had been restored by God.”

He was suspended by Ohanaeze NEC over his alleged alignment with the APC to factionalize the body which was said to be in violation of the constitution of the pan Igbo socio-cultural organization.