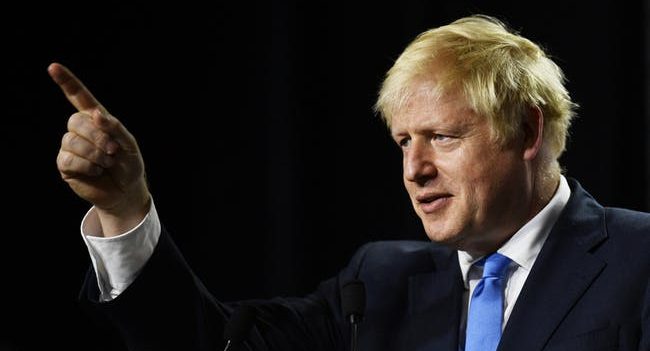 Boris Johnson, the UK prime minister, says he wants to leave the EU on October 31 2019 with a deal, but has repeatedly made a vocal “do or die” pledge to Brexit without one if necessary. Johnson’s latest move – to ask the Queen to suspend parliament – can be seen as a display of commitment to a potential hard Brexit in a bid to pressure the EU into securing a better deal.

Is this all a bluff – would Johnson really, when the time comes, Brexit with no deal? And what are the risks should the EU decide to call his bluff – will Johnson “do or die”?

Game theory – the study of strategy and decision making – offers some clues. In the language of game theory, Johnson faces a serious “credibility” problem. He needs to convince the various players in the Brexit game – including the EU as a whole, Ireland, MPs in the House of Commons, the public and businesses – that he will indeed have the UK leave the EU, if need be, without a deal in place, on the October deadline.

Currently, many of these players do not truly believe that he would – perhaps informed by the inaction of the government of Johnson’s predecessor, Theresa May, or the high stakes involved of leaving without a deal. This is a key reason why the EU has refused to engage in renewed withdrawal negotiations in any significant manner. Time is running out, but Johnson’s latest move may bring the EU back to the negotiating table.

Talk is cheap, as Johnson well knows. Appropriate action needs to be taken to establish the credibility of his negotiating position. And this action has to be costly in some way to be credible. Besides the rhetoric, there are five things Johnson did since becoming PM that signalled his commitment to a hard Brexit.

But it is Johnson’s sixth and latest action that can be seen as the most dramatic and potentially costly. If parliament is suspended on September 10, as is suggested, it will not return until October 14, leaving very little time for any laws to be passed before the Brexit deadline. This severely limits the capabilities of MPs opposed to Brexit.

Until now there were a number of factors that would have led the Brexit players, including the EU, to perceive Johnson as merely bluffing about leaving without a deal. There is the UK’s lack of preparation for a no-deal Brexit, including recent revelations that the country would suffer from food, medicine and fuel shortages. And there is the wider impact it would have on the UK economy and the return of a hard border in Ireland. These issues remain.

But, until now, the EU would have been bolstered by the large amount of opposition Johnson faced in the UK parliament by MPs trying to block a no-deal Brexit. Whether or not they were ultimately successful didn’t matter – their ongoing opposition still played a role in undermining the credibility of Johnson’s “do or die” pledge. It created a lot of doubt from the EU’s perspective that Johnson could practically fulfil this promise. But the move to prorogue parliament has largely eliminated this.

Raising the stakes (or the madman theory)

Johnson is known to be a strategic political player and, as such, his hard-balling the EU over a no-deal Brexit is his strategy to establish that he is actually deadly serious about leaving the EU on October 31 with or without a better deal. And that is what he wants to convince them of.

Perhaps Johnson has adopted what the late Nobel laureate game theorist, Thomas Schelling called the “madman theory” – that is, in conflict situations it makes rational sense to raise the stakes to get the other side to back down.

Another way to see this is through the game of chicken: two cars drive towards each other and one driver wins by not swerving out of the way of the oncoming opponent. The longer you wait the more the other believes you won’t be the one to yield first.

The catch is that this brinkmanship has to be credible, and so needs to be backed up with random acts of madness and/or a commitment to not backing down. This could take the UK dangerously close to the October 31 Brexit date without a new deal in place. Here’s to hoping it’s not a car crash when the time comes.

Abhinay Muthoo, Dean of Warwick in London, Co-Director of the Warwick Policy Lab and Professor of Economics, University of Warwick