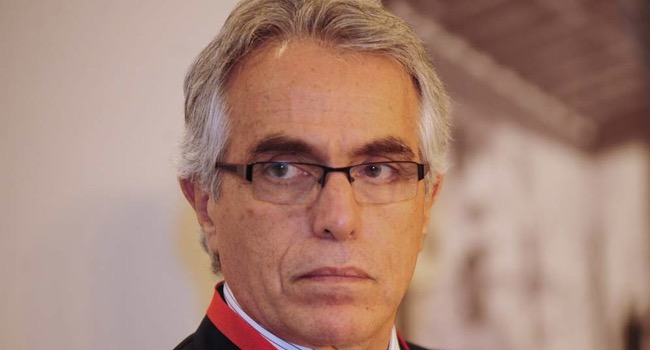 Garcia-Sayán said in a statement that “the suspension and replacement of the Chief Justice of Nigeria by the country’s President is in contravention of international human rights standards on independence of the judiciary and the separation of powers”.

“International human rights standards provide that judges may be dismissed only on serious grounds of misconduct or incompetence,” he added.

“Any decision to suspend or remove a judge from office should be fair and should be taken by an independent authority such as a judicial council or a court.

“The dismissal of judges without following procedures laid down by the law and without effective judicial protection being available to contest the dismissal is incompatible with the independence of the judiciary.”

Onnoghen was suspended on January 25, 2019, and replaced by Ibrahim Tanko Mohammad, following his failure to declare — in full — his assets and liabilities as a public official.

“The President of Nigeria said he had acted in compliance with an order issued two days earlier by a tribunal established under the Constitution to decide on alleged breaches of the Code of Conduct for Public Officials,” a UN statement seen by TheCable read in part.

“However, four separate Nigerian courts – the Court of Appeal, the National Industrial Court and the two Federal High Courts – had already ordered a stay of proceedings in the Tribunal.

“Moreover, the said order upon which the suspension was based, was issued ex-parte while the motion on notice on the same subject was adjourned the day before by the issuing court.”

“All State institutions must abide by the decisions of national courts and tribunals. In the case of Chief Justice Onnoghen, four national courts hierarchically superior to the Code of Conduct Tribunal had already ordered a stay of proceedings, and the Tribunal had in a previous case, 8 months earlier, held that it lacked jurisdiction over cases involving judicial officers, which should be processed by the National Judicial Council.”

The rapporteur said some of the judges handling the case of the chief justice and the defence lawyers have been subject to serious threats, pressures and interference.

“I am seriously concerned at such allegations, which may constitute, if proven, grave attacks to the independence of the judiciary and the free exercise of the legal profession,” the UN expert said.

“One of the senior advocates defending the Chief Justice was arrested on Wednesday by security agencies. Lawyers play an essential role in securing access to justice, and should never suffer, or be threatened with, prosecution or other sanctions for action taken in accordance with recognized professional duties, standards and ethics.”

All PVCs destroyed in INEC Abia, Plateau offices will be replaced before election- INEC