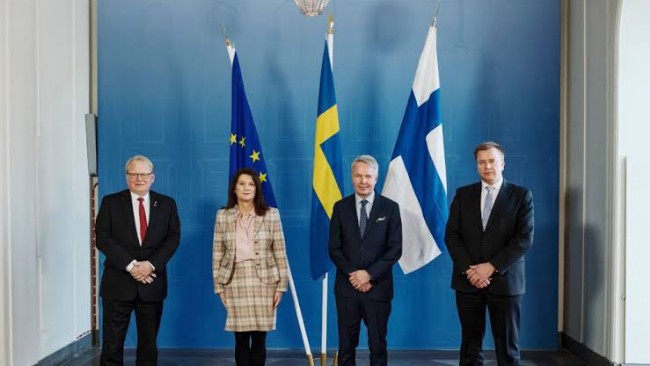 The governments of Sweden and Finland have formally submitted applications to join the North Atlantic Treaty Organization (NATO) amidst opposition from Russia and Turkey.

NATO Secretary-General Jens Stoltenberg, who welcomed the decisions of the two Nordic nations, said on Wednesday that “Finland and Sweden have officially applied to join the world’s biggest military alliance, a move driven by security concerns over Russia’s war in Ukraine.”

“I warmly welcome the requests by Finland and Sweden to join NATO. You are our closest partners,” Stoltenberg said after receiving the application letters from the two countries’ ambassadors.

“This is a historic moment, which we must seize,” Stoltenberg said at NATO headquarters in Brussels.

Though the two countries have been neutral and non-committal throughout the Cold War, their decision to join the alliance is one of the most significant changes in Europe’s security architecture in decades, according to security experts.

The applications of the two countries must now be considered by the 30 member countries of NATO before they are admitted into the alliance with the process expected to take about two weeks, although Turkish President Recep Tayyip Erdogan has expressed reservations about Finland and Sweden joining.

If objections are overcome and accession talks go as well as expected, the two countries could become NATO members within a few months as the process usually takes eight to 12 months, but NATO wants to move quickly given the threat from Russia hanging over the two countries.

Several NATO allies, most notably the United Kingdom, have offered security assurances to Finland and Sweden during the application period before they are covered by the alliance’s mutual defence pact.

“Over the past few days, we have seen numerous statements by allies committing to Finland and Sweden’s security. NATO is already vigilant in the Baltic Sea region and NATO and allies’ forces will continue to adapt as necessary,” Stoltenberg said.

“All allies agree on the importance of NATO enlargement. We all agree that we must stand together,” he added.