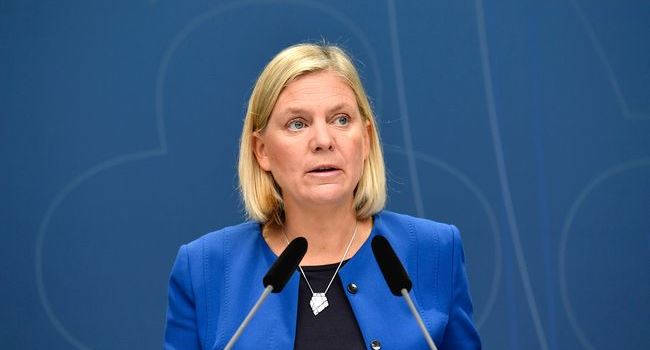 The Swedish parliament has reelected former Finance Minister, Magdalena Andersson, as the country’s first female Prime Minister for the second time in a week, following her shock resignation just hours after she was first appointed.

With the appointment on Monday, Andersson will head a one-party government after her candidacy passed by a two-vote margin.

Having become Sweden’s first female Prime Minister last Wednesday, Andersson resigned the same day when her junior partner in government quit after a defeat in parliament over the budget.

Andersson’s government will control less than a third of the seats in parliament and will depend on the support of three smaller parties.

Her appointment was backed by 101 lawmakers, with 75 abstaining and 173 voting against, meaning that Andersson won by two votes as she needed to avoid an absolute majority opposing her nomination.

“Someone has to be prime minister in this country,” Andersson, who has called herself Europe’s most frugal finance minister, said after the vote.

“There seems to be no alternatives,” the 54-year-old said, adding that “conditions are good” for her cabinet to co-operate with other parties.