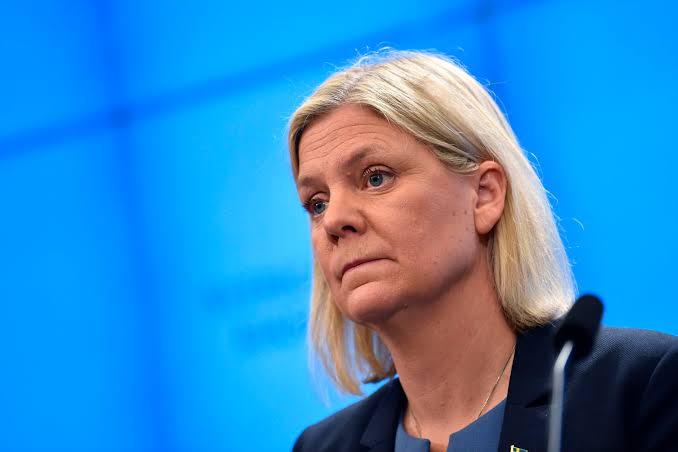 Barely eight hours after making history as the first female to be elected as Sweden’s Prime Minister, Magdalena Andersson, got the worst possible start to her tenure when she was forced to resign her historic appointment.

The resignation was triggered after a junior partner in Andersson’s party, the Social Democrats, left her government over the loss of next year’s budget vote.

The 54-year-old former Finance Minister, had to step down to get another go at securing the top seat, but said she was still ready to lead a one-party cabinet and will now face a new vote.

In a short speech to announce her resignation, Andersson said a decision by the opposition Green Party to quit the two-party coalition had forced her to resign.

“For me, it is about respect, but I also do not want to lead a government where there may be grounds to question its legitimacy.

“A coalition government should resign if a party chooses to leave the government. Despite the fact that the parliamentary situation is unchanged, it needs to be tried again.

“I understand that this may look very messy, and what has happened is completely unique.

“Despite the fact that the parliamentary positions appear unchanged, the issue should be tried anew. I don’t want to lead a government whose legitimacy might be questioned.”

Andersson’s predecessor, Stefan Lofven, had quit office in June before being reinstated, and then surprised the nation by announcing his final resignation in August.

Related Topics:MagdalenaSweden Prime Minister
Up Next