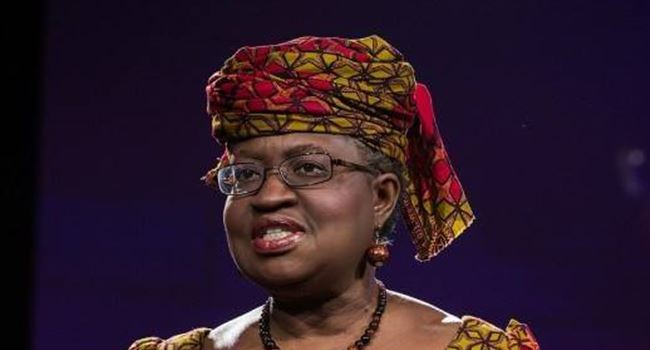 Three newspapers in Switzerland, Luzerner Zeitung, Aargauer Zeitung and St. Galler Tagblatt, have tendered apologies to the Director General of the World Trade Organization (WTO), Nogzi Okonjo-Iweala, after they had called her a ‘66-year-old Nigerian grandmother’ a few days before she resumed office at the WTO headquarters in Geneva.

In one of the most scathing insult on the former Nigerian Finance Minister, Luzerner Zeitung had published in the online and hardcopy version of the newspaper the leading headline titled:

“This Grandmother will become the new boss of WTO,” drawing a lot of flaks from world leaders.

The headline and the reports from the other two tabloids drew a lot of backlash from a section of the Swiss and world media which referred to such an expression as being racist and gender discriminatory.

After a lot of criticism, the three newspapers have now tendered apologies to Okonjo-Iweala and all withdrawn their comments or taken down the online versions.

Before the apology came, a total of 124 ambassadors and heads of international organisations based in Geneva had criticised the newspapers for describing the one time Managing Director of the World Bank as a grandmother.

Linda Klare-Repnik, the coordinator, environmental and social management system, at the International Union for Conservation of Nature, had earlier called out the newspapers on Linkedin when she wrote:

“Gender discrimination and racism: Swiss newspaper headlines the nomination of Ngozi Okonjo-Iweala for WTO Director General as ‘This Grandmother will become the new boss of WTO,” she wrote.

“If it had been a white man, the title would have been along the lines of ‘Harvard Economist, ex-World Bank Managing Director and ex Minister of Finance.”

Nadja Schnetzler, who co-founded a Swiss magazine called Republik, asked how the reporter would have written the election of Joe Biden as American president.

“What would you think if you wrote about Biden ‘this grandfather will be US President’?” She tweeted.

A Ugandan-born academic and development economist in Germany, Nshakira Rukundo, highlighted that the same media would refer to Angela Merkel, who is also 66 as mother, but refer to Okonjo-Iweala as a grandmother.

“How a Lucern newspaper is welcoming Ngozi Okonjo: “Diese Grossmutter”, mother of 4 and grandmother. How they refer to Merkel: Mutti. But they are both 66 years. Poor you mothers of 4 & grandmas, you don’t have space in Jan Dirk’s world!” Rukundo had tweeted.

Tichy-Fisslberger who shared a copy of the letter, described the publication as demeaning to Okonjo-Iweala and the WTO.

The ambassadors then called for a balanced and objective report reflecting the WTO DG’s qualifications.

“The title you found appropriate to choose for your report on the new Director-General of the World Trade Organisation; ‘This grandmother will head the WTO’ landed you with a wave of outrage in various social media,” the letter reads.

“The latter had the merit of spreading a set of information not contained in your article about Dr. Ngozi Okonjo-Iweala, the first woman and first African at the head of the WTO, and the stellar career which had led her from universities like Harvard and the Massachusetts Institute for Technology to the executive floor of the World Bank. She served twice as the Minister of Finance of her country, Nigeria, and once as the Foreign Minister.

“None of this could be found in your article whose title sounded implicitly demeaning both for Dr. Ngozi Okonjo Iweala and, in the process, the WTO itself.

“As readers of your article, we were wondering what kind of information policy might have inspired this kind of presentation: Is a title qualifying a lady in a somewhat derogatory way as “grandmother” really a better eye-catcher than advertising an exceptional female career?

“How many domestic male politicians might feel that an article qualifying them, even though truthfully, as “grandfathers” without, however, mentioning any further qualifications, does justice to their profile?

“One might add some more questions: do you consider it a useful support to Switzerland’s very committed international headquarters policy to present international personalities in rather pejorative or belittling terms?”

The first paper to tender an apology for the wrong reportage was Aargauer Zeitung, which also published the same article written by Jan Dirk Herbermann.

“Nigerian Ngozi Okonjo-Iweala is the first woman to head the World Trade Organization. We presented the 66-year-old economist and former World Bank deputy head in a portrait and focused on her role as a grandmother in the title. That was wrong,” the newspaper tweeted, after the backlash.

“Okonjo-Iweala is much more than that. For example, Harvard economist, as you can read in our text,” the newspaper added, sharing an updated version of the article.

124 Ambassadors and Heads of International Organisations in Geneva sent a letter to the editors of the newspapers which had introduced the new WTO Chief by the title „This grandmother will head the WTO“. pic.twitter.com/d7YGjoojS4

Related Topics:#featuredOkonjo-IwealaWorld Trade Organization
Up Next

Ndume kicks against ‘blank amnesty’ for bandits, says it will produce new criminality