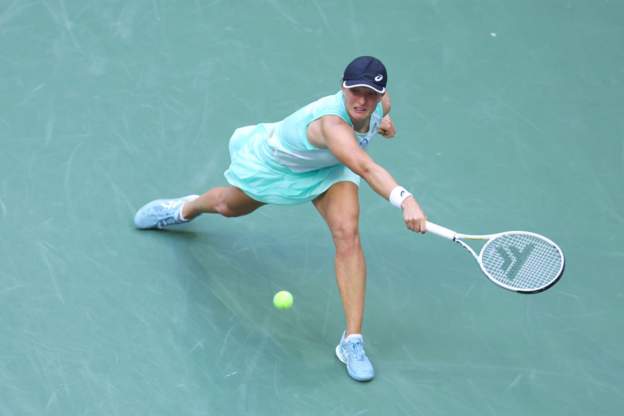 Polish world number one Iga Swiatek has clinched a third major title by beating Ons Jabeur in the US Open final on Saturday night.

Tunisian fifth seed Jabeur put up a better performance in the second set after a one-sided first set, but her effort was not enough.

Read Also: Serena Williams waves farewell after crashing out of US Open

After the game, champion Swiatek said: “I wasn’t expecting a lot. Before this tournament it was such a challenging time. Coming back after winning a Grand Slam is always tricky.

“For sure this tournament was really challenging because it’s New York, it’s so loud, it’s so crazy, there was so many temptations in the city, so many people I have met who are so inspiring.

“Ons, such an amazing tournament and season. I know we’re going to meet many more times and I know you’re going to win many of them, so don’t worry.”

The men’s singles final will take place on Sunday between Carlos Alcaraz and Casper Ruud.