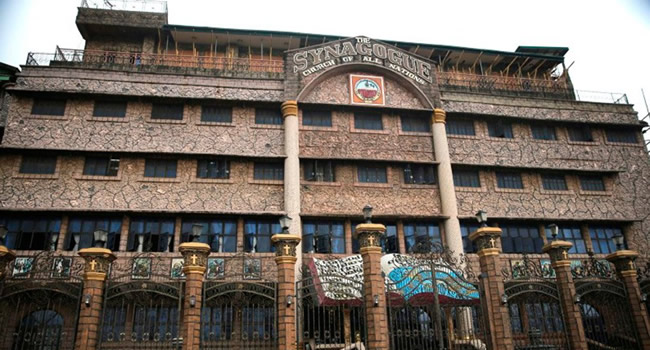 The Synagogue Church of all Nations (SCOAN) has debunked the reports that made the rounds in some sections of the media that Evelyn Joshua, wife of the late founder of SCOAN, Temitope Balogun (TB) Joshua has been appointed to succeed her late husband as the General Overseer of the church.

Ripples Nigeria reported that there were insinuations that the late cleric’s wife, Evelyn, would replace her late husband as the head of the church.

A France-based media firm, AfricaNews, had reported that the church’s elders met recently and declared Evelyn the successor to the late televangelist.

The report quoted a top aide of the late preacher as saying, “Someone must take charge immediately and give spiritual direction on the mode of service continuity. So much spiritual and financial effort went into building SCOAN and it cannot just waste away.”

But speaking at the conference tagged: ‘Celebrating The Life and Legacy of Prophet TB Joshua- Not Mine But God’s Own’, an international member of the church, Dr. Gary Tonge, who spoke on behalf of the church, said if there was anything to say about the succession plan, it would be “clearly, plainly, and directly announced.”

His words: “Questions concerning succession, if there is anything to say on the subject it will be clearly, plainly, and directly announced. Generally, on this and on other issues, there are many different stories which are going around in the media about succession. Until you hear an official announcement then it is best to disregard those things.’’