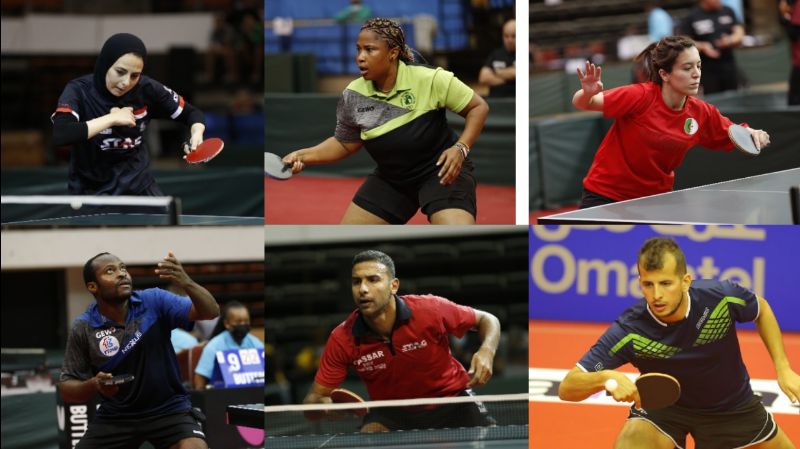 The African contingent to the 2021 ITTF World Table Tennis Championships will on Tuesday, November 23, begin their campaigns in the Singles events of the tournament

Africa will be represented by a contingent of 17 players led by its best players Quadri Aruna and Omar Assar at the championships and will compete against the best in the world in all categories including the men’s and women’s singles, men’s and women’s doubles and the mixed doubles following the draws ceremony held on Sunday.

MEN’S SINGLES
Africa’s top ranked player, Quadri has been drawn to face 152nd ranked Belarusian Aleksandr KHANIN in the first round and having reached the 3rd round in 2019 where he lost to world No.1 Fan Zhendong in Hungary, the 13th seed will be hoping to break the 3rd round jinx at the championships

Omar Assar has worked his way up in the world ranking to 29th this year after successfully reclaiming the African title at the 2021 African championships in Cameroon, however, the inform Egyptian has an arduous task in the first round against doubles specialist and 2018 Polish Open champion LIM Jonghoon.

World Table tennis championship debutant Ibrahima Diaw who has Sweden’s Jon PERSSON to contend with in the first round has hinted that he’s in Houston to enjoy his table tennis by taking it one match one at a time and take in the excitement in America.
Other fixtures:

SINGLES (WOMEN)
Leading the charge in the women’s singles is 3-time African champion Dina Meshref, despite having a difficult year on the continental scene, the Egyptian is Africa’s biggest hope in the women’s draw. Dina will kick start her journey in Houston against Mateja JEGER of Croatia in first round before partnering Omar Assar for the mixed doubles. While women’s doubles partners – Yousra Helmy and Farah Abdel-Aziz have drawn Margaryta PESOTSKA and Ayhika MUKHERJEE of India respectively.