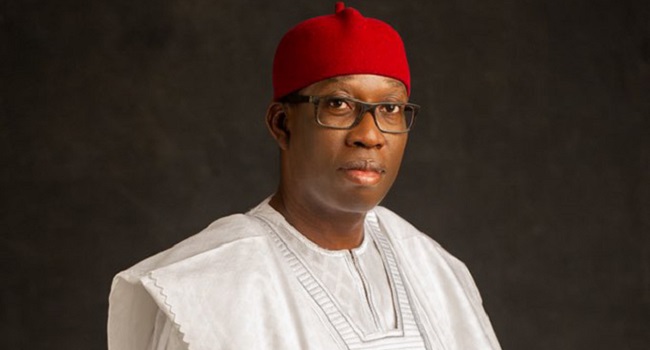 The challenge of development is arguably one of the greatest problems that have dominated world history. Aside from being difficult to fight a problem you cannot see or measure, what constitutes the greatest impediment in every development process says experts are leader’s erroneous belief that; the sooner the project is started, the sooner it will be finished.

Wearing this frame of mind, government agencies and establishments in their attempt to develop the society, lose sight to the fact that the primary goal of every government should be to improve the life chances of the citizens through the implementation of plans, policies and budgets that will lead to price stability, high employment, effective tax, effective regulation, availability of finance for trade/business and Job creation by creating the enabling environment for business.

However, as it’s the characteristics of most Local Councils in the state, improving the live chances of the indigenes appear not to be the preoccupation of the Oshimili south Local Council Authority of Delta where tension is brewing at the popular Ogbeogonogo modern market in Asaba, Delta State, following what the traders alleged to be acts of high-handedness by authorities of Oshimili South Local Government Area. And if not given the urgent attention that it demands from the state government, the tension may lead to a serious crisis that could ground commercial activities at the market and render most traders helpless for a long time.

Going by reports, the trader’s grievance against the council boss ranges from the conversion of convenient spaces to multiple taxes to allegation of continual abuse of their business and personal rights by agents of the council- allegations the council has through the Committee chairman for Ogbeogonogo Main Market, Mr Murphy Arinze, described as not only spurious but baseless.

Constitutionally, it is, without doubt, the responsibility of local council authorities to, among other things manage and collect various levies deemed appropriate in the markets operating within the local council. In the same style, the councils have the liberty to adopt legitimate policies in getting this job done. These options at the disposal of the council may include the public-private partnership that is the use of experts/contractors. Development of many belief saves money and manpower.

Despite these virtues and attributes, there are ingrains of challenges in the implementation. And the source of the problem must be understood before any meaningful solution can be found without the risk of overlooking anything important.
In these local councils, there is essentially no recognizable process, criteria or mechanism for filtering policy ideas to capture citizen’s voices. And these policy proposals are often not evidence-based because ideas that enter into the policy agenda are based on the private interest behind them.

The result is that policies council authorities generate are neither strategy based nor its implementation methodic- a state of affairs that set the stage for policy failures with wastage and disagreement between the officials and people as its consequence.
The above challenge regardless of what others may say is nourished by the leader’s attitudes of being in a hurry to generate revenue for the government, to the extent that they cannot spare the time to understand the people’s feelings in their operational environment.

Experience indicates that this has been going on in the state for decades with many casualties recorded.

As an illustration, it was reported by the Ika Weekly, a well-known newspaper in the state, that; pandemonium struck in Agbor on Saturday, August 5, 2017, when a 40-year-old father of five, Mr Lucky Nwaki, was allegedly murdered by a group of Ika South Local Government Adhoc Committee on New Building Permit. The victim, a tailor who hails from Alihame Community in Agbor was attacked by one of the members of the committee identified as Eze Mike also known as Ololo when they invaded the building site of the deceased brother, demanding for the payment of certain amount irrespective of the fact that the permit had already been paid into the local government council’s account.

The pains emanating from this tragedy in my views is deepened by the awareness that it was avoidable.

While Ii sympathize with the state governor, Senator (Dr.) Ifeanyi Okowa on whose shoulder lies the weight of this awkward situation orchestrated by the agents of local councils- which daily depletes his good works in the state, I must add in concrete terms that it has become imperatively urgent for him to intervene not just in Oshimili Local Government but statewide.

Seriously, the Governor needs to keep this in mind even as we think about the broader threats we currently face as a people. It is evidently glaring that the local, state and Federal governments have neither paid adequate attention to improving the economic, political and social wellbeing of its people nor brought modernisation, industrialisation and general improvement in the environment.

And all these failures has without any shadow of the doubt led to a decrease in literacy rate and an increase in poverty.

On their part, what the officials of the Oshimili local council and others should recognize is that the value of any system depends on how it is employed. The above failures coupled with acts such as intimidation, abuse and killing of those they are supposed to protect hurts the people and distract their means of livelihoods.

Again, like the generality of Deltans in the state, what the Ogbeogonogo main market traders need from the council is not highhandedness but policies that will lead to price stability, high employment, effective tax, effective regulation, trade and availability of finance for business and provision of infrastructure and public services such as roads, power, housing, health services, education, security and agriculture.

Achieving this breakthrough may not be easy but returning to basics can provide a vital clue that will lead to a really decisive change.

To catalyze this process, the Council officials must see the people as coherent partners in the race for the development of the state. This will require defining the job structures of this revenue collector and ensuring strict compliance by the council authorities.
To achieve this, what we need is not a new theory, concept or framework but people who think strategically, people with sensitivity, insight and people with balanced views about governance.